Happy to come back to the ifers!
We have a lot about NASA, but little about Roscosmos. I would like to start a new thread where we can put russian space propaganda and fail compilation in one place.

Translation from Russian article:
Global deception "Cosmonaut Gagarin" was designed in the United States?
Note (reminder), a journalist of this article is not flat erther.
Jan Berwid-Buquoy
The fact that foreign embassies accredited journalists monitor publishing papers on their countries is nothing new. From what would have been otherwise , they had not informed their governments and citizens. But sometimes comes into contact directly with the author.

So from one colleague from the United States, I received the following letter: "Our CIA does not suffer any form of masochism. To succumb to the ideological nonsense of the USSR? No, way. Yuri Gagarin's flight into space, we could not refute, because we have come up with it themselves. It was a collaboration of the CIA, the FBI, the Pentagon and the Soviet GRU rescue Khrushchev and his anti-Stalinist policies. You are an experienced analyst. The rest of you are smart enough to understand. Good luck ».

This colleague in their statements even referred to the CIA director for Science and Technology Glenn A. Gaffney (Glenn A. Gaffney, Directorate of Science & Technology) and Director of the CIA study of intelligence Peter S. Usovski (Petr S. Usowsky, Center for the Study of Inteligence). It thus seems to be talked about my article "Death of a false cosmonaut Gagarin - a political murder?". Neither Gaffney nor Usovski I do not know. I had with them about Gagarin is not saying, but let's try using the method of empirical analysis and comparative political science (see. Argument "smart enough to do") come to the conclusion of deductive and reasonable hypothesis.

At the end of the Twentieth Congress of the CPSU, February 26, 1956, the first secretary of the Communist Party Nikita Khrushchev's secret speech about the cult of personality of Joseph Stalin. Former Soviet dictator Khrushchev ranked political criminals such as Adolf Hitler and Benito Mussolini. Since it was a "secret", it was not possible to directly transfer to the United States. So come up with the GRU in Moscow Plan "workaround". GRU has taken care to make one copy of the manuscript fell into the hands of the Polish Jewish journalist Victor Grajewo. He handed a copy of the Israeli intelligence Mossad. From there a "secret report" Khrushchev went straight to the table FBI chief J. Edgar Hoover (J. Edgar Hoover).

Mere mortals in Eastern Europe about "exposing the cult of personality" did not know anything, but knowledgeable nomenclature of communist parties from Moscow to East Berlin knew everything. Popular uprising in Poland and Hungary. The Stalinists in the CPSU nervous, there was a strong front against the views of Khrushchev. The New Economic Policy, called Chozraščot (self-financing), did not work as it should be. Reformers know that if they want to at least partially succeed in eliminating the consequences of the "cult of personality", it is necessary to familiarize with this problem all the Soviet public. It was planned at the XXII Congress of the CPSU in October 1961. But Nikita Khrushchev demanded strictly visible progress since the policy of "debunking the cult of personality" was declared as early as 1956, but until 1961 nothing has really got off the ground, the Stalinists were adamant in their positions.
It was necessary to develop a plan for "immediate effect" (supposedly named in the annals of the CIA Immediate Effect called Cosmos).

Who was the real author of this so-called "immediate effect", in the available sources can not be found. Personally, I would have attributed the authorship to Hoover. Anyway, the fact remains: 3rd March 1961 the head of the FBI's J. Edgar Hoover, head of the CIA Allen Welsh Dulles (Allen Welsh Dulles) and Pentagon chief Robert McNamara (Robert McNamara) met to create a plan to rescue the first secretary of the CPSU Central Committee and that Washington will not spend even a dollar.

The plan was simple and ingenious at the same time. Thanks superiority in the launch of Sputnik in 1957 Bolshevik Russia drew the exclusive attention of the world. And if this time it will be the first country to send a man into space? All this, of course, must be done in the period from March 3 (meeting the three chiefs) on 5th May 1961 (the day the United States will send its own astronauts into space - Alan Shepard). And the fact that the USSR had not yet necessary know-how to successfully send a pilot in such a complex mission, it does not matter. Moscow will start an empty spaceship such as "East" into orbit and will argue that there is a pilot-cosmonaut, and Washington all confirmed. Then come turn to the secret services of US and the Soviet Union.

Their task will be to to let this "duck" go around to all corners of the world. It is also necessary that the head of the Soviet Communists appeared as often as possible, together with an astronaut. From an ideological point of view, it is necessary in the media of Eastern Europe clearly attributing this "worldwide success" policy of Nikita Khrushchev. This should take care of the head of the Soviet GRU, Ivan Serov. For this task, he managed "excellent." So never existing, "the first man in space" was the pilot Yuri Gagarin.

Thanks for posting the above comment; as has been proven, the USSR was funded and controlled by America and the Zionist bankers from day one, going back all the way to the revolution and the murder of the Romanov family.

The only thing that I would like to point out about the above article is that it seems to suggest that it is possible to launch satellites into space, when it fact it is not possible to do that, and it also incorrectly referred to Hitler in a negative light.
_________________
All about Shillaphobia


Clowns in space juggling with a camera up side down, from 20sec. to 25sec. look at the markings in space station.

Here is video from Russian TV how they planning go to Mars,

Sorry is in Russian, is good material for who makes flat earth and (fake)space videos. Let me know I can translate some parts of the video, about what they making and talking.

Thinkforyourself wrote:Thanks for posting the above comment; as has been proven, the USSR was funded and controlled by America and the Zionist bankers from day one, going back all the way to the revolution and the murder of the Romanov family.

The only thing that I would like to point out about the above article is that it seems to suggest that it is possible to launch satellites into space, when it fact it is not possible to do that, and it also incorrectly referred to Hitler in a negative light.

of course we all know that here, this article not about that, journalist simply does not know everything.

Thinkforyourself wrote:Thanks for posting the above comment; as has been proven, the USSR was funded and controlled by America and the Zionist bankers from day one, going back all the way to the revolution and the murder of the Romanov family.

The only thing that I would like to point out about the above article is that it seems to suggest that it is possible to launch satellites into space, when it fact it is not possible to do that, and it also incorrectly referred to Hitler in a negative light.

of course we all know that here, this article not about that, journalist simply does not know everything.

I feel very big sorry for Russian people they undergone almost 100 years of humiliation and indoctrination. They believing in Putin hero(Zionist puppet). When I talk with them they do not know own true history, their  history has been replaced and forgotten. When I goggling in internet with Russian search words about flat earth, I find nothing just few flat earth Shills videos.  They getting more fake space propaganda than any other country every day. They still believing that Hitler was evil (thanks to jewish film industry in Russia), they do not know that over one million Russian volunteers were fighting on the side of Hitler.

Here is another fake video from space with huge mistake!  look at left side of space station from 0:18 to 0:29 it is Time Lapse? shadow of cameraman moving in real time speed.

Second fake Soviet cosmonaut
Gherman Stepanovich Titov was a Soviet cosmonaut who, on 6 August 1961,[1] became the second human to orbit the Earth, aboard Vostok 2, preceded by Yuri Gagarin on Vostok 1.

Titov's flight finally proved that humans could live and work in space. He was the first person to orbit the Earth multiple times (a total of 17), to spend more than a day in space, to sleep in orbit and to suffer from space sickness. In fact, he also holds the record for being the first person to vomit in space.[2]

He was the first to pilot a spaceship personally and he made the first manual photographs from orbit, thus setting a record for modern space photography. He also was the first person to film the Earth using, for ten minutes, a professional quality Konvas-Avtomat movie camera.

The first who  operated metal ball in space 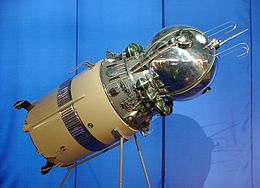 He is first filmed through the window


His filming art around from 16:00  filmed spectacular meteorite rain and later fire, on radio when they asked: is everything ok? He told that everything fain just would be good one shot of vodka:

Cosmonaut Gagarin - fiction
Major Yuri Gagarin, served faithful service to communist propaganda during the flight 04/12/1961 "Vostok-1", but what's next? The world believed the Soviet hoax about the first man in space . Later it was necessary to simply maintain this fantastic legend . But what to do with the astronaut, in space that never appeared, who begins to drink and lose control?

A Year In Space. Our Common Home

Original Russian documentary you can find on : https://www.youtube.com/watch?v=GzP8CSeQxp0&list=PL5DxMHFdFTz2yozlhdyeDEU1wz6PacZ46

I have used just few minutes of the film.:

Great job Kostas! You have completely destroyed their pathetic attempts at deceiving us.
_________________
All about Shillaphobia

Thanks Thinkforyourself
I only used a few minutes from the beginning of the documentary film, even from that I said only half, it's so everything primitive fake.

Russia Today is disliked by the west.RT has run a massive NASA propaganda program and supports jews

How that rocket from the get go started to make that curbe, cant even go straight for a mile hahah

The video of Mirosław Hermaszewski admitting that earth is flat has been floating around for a little while. Many are jumping on this without acknowledging the issues. The guy is an astronaut who claims to have been in space. I see it as more of a controlled release where the narrative can be steered into admitting the earth is level but still maintaining the fantasy of space.