Satellite Hoax - Satellites Do Not Exist!

This is a video TED talk where they show images from satellites. They have build micro satellites that will be launched in orbit. But as he shows a image from the satellite we can clearly see it is not that high altitude. Please watch

This is a video TED talk where they show images from satellites. They have build micro satellites that will be launched in orbit. But as he shows a image from the satellite we can clearly see it is not that high altitude. Please watch

"but ours has a humanitarian mission, so we wanted to call them doves"

“the dove symbolizes peace to most people, but to the Illuminati bloodlines it represents their goddess, Queen Semiramis [Isis].”

Sammu-ramat was the mother of the Assyrian king Adad-nirari III (reigned 810–783 BC). Her stela (memorial stone shaft) has been found at Ashur, while an inscription at Calah (Nimrūd) shows her to have been dominant there after the death of her husband, Shamshi-Adad V (823–811 BC). Sammu-ramat was mentioned by Herodotus, and the later historian Diodorus Siculus elaborated a whole legend about her. According to him, she was born of a goddess, and, after being married to an Assyrian officer, she captivated the king Ninus by her beauty and valour and became his wife. Soon afterward, when Ninus died, Sammu-ramat assumed power and reigned for many years. In that time she built Babylon and turned to the conquest of distant lands.

weird that a small start-up would come up with a method so cost reducing that would have cut back the budget / the use of tax payer money by millions. I would have thought the smart people at NASA already figured that out...

The Space Enterprise has found ways to profit from broadcasting Repackaged TV bands (now called 5G) from the man-made construct of Space via Non-Geostationary Satellite Orbit (NGSO).  To accomplish this on Earth, broadcasting stations such as Cellular, TV, FM and AM require large amounts of High Wattage.  Meaning, if the average transmitter outputs 50,000-watts it draws 'several times' that from being hard wired to the Electric Grid.  As above so below?

5G satellite broadband gets approval to serve US Residents

OneWeb was given approval to enter the US market with it's system of high-capacity satellites that will orbit closer to Spaceball Earth than any previous satellite. That's right, with this new state of the art technology, NGSO will provide global, high-speed broadband service, from satellites orbiting the Earth at altitudes of about 1,200km (746 miles).

Pay No Attention to the Man Behind the Curtain!
OneWeb was founded by Greg Wyler in 2012, and its board of directors includes Virgin Group founder Richard Branson, who also invested in the company.  OneWeb raised $3.4 billion in investments from SoftBank Group Corp., Grupo Salinas, Qualcomm Technologies Inc. and the Government of Rwanda, while Virgin Group, Coca-Cola and Airbus are existing investors. 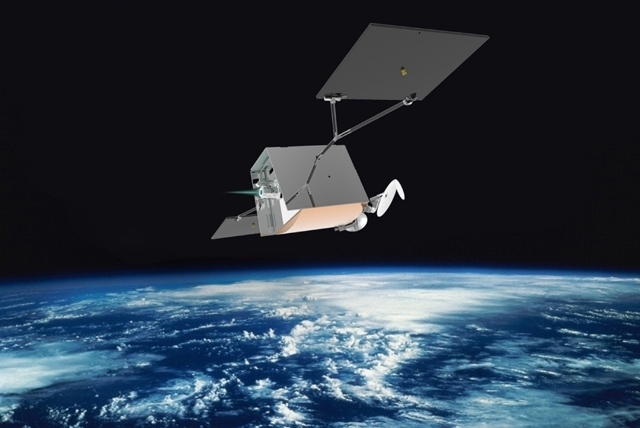 27 February 2019
OneWeb’s first six satellites were launched into orbit by Russian Soyuz Rocket from French Guiana.
And the Freemasons did rejoice. 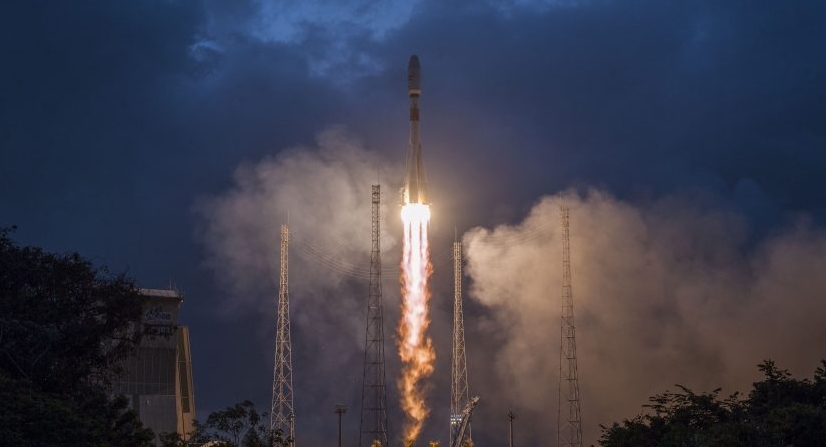 Side Note
the FCC imposed conditions "to ensure the satellite constellation does not cause interference to other users of the same spectrum and will operate in a way that manages the risk of collisions."

Thy LORD God of [G]ravity did create HIS Church of Heliocentricism to be the foundation for HIS Space Enterprise. Those who are oppressed by tyranny and fear, thy LORD God of [G]ravity will lay HIS yoke upon them and provide them with wisdom and knowledge to create HIS great flaming erections to rise up high above HIS holy cell towers, and there in the sacredness of space will be placed HIS winged angels who communicate the word of God.

Thy LORD God of [G]ravity provides faith in theory, the only true religion, salvation can only come from the theory of all theory, true facts can only come through the holy word of God.

Oh LORD God of [G]ravity shall not they teach thee and tell thee and utter thy word [G]ravity.

And the FREEMASONS did rejoice. 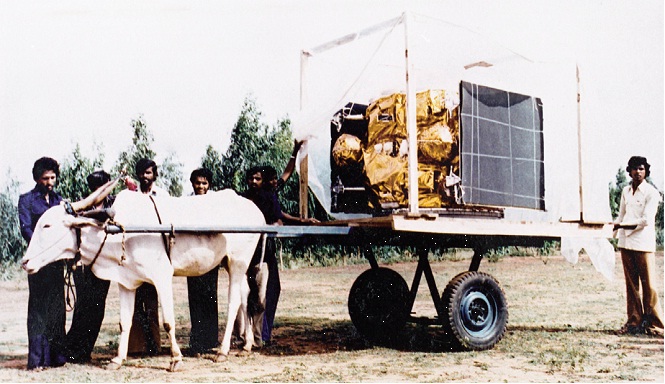 "It looks so fake it must be real." ~ Elon Musk 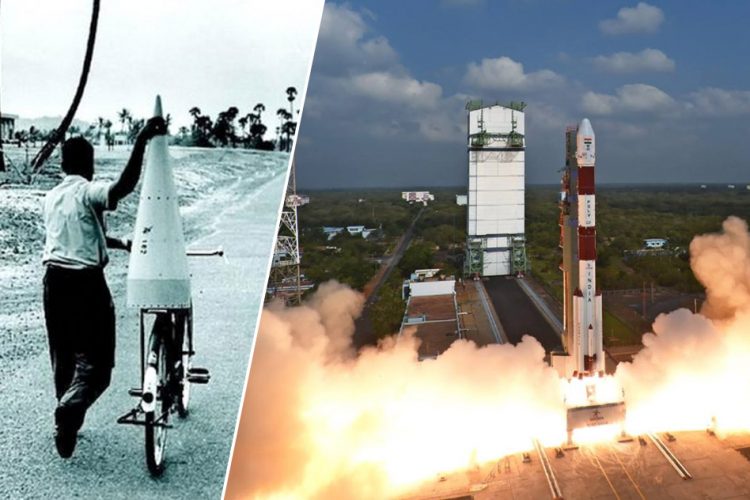 In Judaeo-Freemasonry (aka NAtional ZIonist) the Chevron means FICTION. 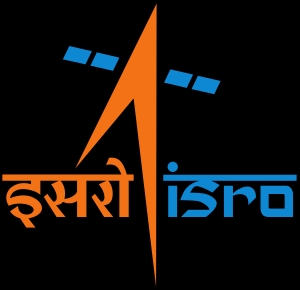 I found out a little history that is very interesting. Emphasis added.

http://www.pbs.org/wgbh/americanexperience/features/spacemen-balloon-innovation/ wrote:General Mills had a history of aiding the military with research assignments and created the Aeronautical Research Division specifically to develop plastic balloons for the Navy.

Yes, that General Mills! The one we recognize as the multinational food manufacturing company that makes many of your favorite cereal.

http://stratocat.com.ar/stratopedia/1.htm wrote:In 1948 Winzen left General Mills to establish his own balloon manufacturing company, Winzen Research, Inc. (WRI). This was possible thanks to the money borrowed from his wife's parents.

By the decade of 1950, Winzen had sold plastic balloons to the Navy, the Air Force and several Universities for projects like Moby Dick, Strato-Lab, Skyhook, a secret reconnaissance mission to overfly Russia called Project Genetrix, as well other scientific projects.

Otto Winzen left General Mills about two years later to co-found their own company with his wife. From here, we see that there was at least 2 companies working with the military on these balloon projects.

That makes at least three balloon manufacturers. Now I want to share some history and details about Raven Industries.

Raven Aerostar is one of the departments of Raven Industries. Project Loon was a Google project to bring wireless internet access worldwide by using Raven designed high-altitude balloons. Let's take a detour and look at Project Loon real quick. Project Loon became Loon LLC in 2018 when Alphabet Inc. decided to make them a subsidiary. If we go to Loon's website, there is a very detailed infographic showing exactly how these high-altitude balloons work in providing wireless internet access. Basically, these balloons drift high up in the sky and using artificial intelligence and machine learning, they travel to their destinations or stay in certain areas by riding the winds.

Okay, back to Raven Industries. From Wikipedia:

The company's high-altitude balloons are also used in scientific research by NASA and other research institutes and in military purposes by USA armed forces.

https://ravenaerostar.com/products/balloons-airships wrote:With over 60 years of lighter-than-air innovation and expertise, Raven Aerostar is a world leader in the design, manufacture, integration, and operation of stratospheric balloon platforms and airships for near space applications. Filling the capability gap between aircraft and satellites, our stratospheric balloon platforms and airships offer critical advantages to a wide range of missions.

Our lighter-than-air platforms have helped NASA, Google, the U.S. Air Force, and many other customers achieve and exceed dynamic missions, including communications, data relay, surveillance, intelligence, and more. Partnering with Raven Aerostar guarantees the most advanced and reliable lighter-than-air technologies in the stratospheric market.

I strongly urge you to look at their high-altitude balloon products on their website. You will find a section called "Mission Possibilities" under each one and one of that possibility is "Satellite Alternative" or "Satellite Simulation".

What this means is that whenever NASA says they sent a satellite into orbit with a rocket, what they really did was launched a high-altitude balloon with a satellite attached. Because why wouldn't NASA go with the cheaper option if these balloons can do the same things satellites do? But to perpetuate the lie to the public that they need that $22 billion (and growing) yearly budget and the concept of space, they have to put on a show for them! I'm sure the newly founded US Space Force will also be throwing money towards these balloon manufacturers to make their toys.

That's really good information in those links -thanks for that .