Video posted in the wrong place

Addition to this infamous wall would be INANNA SNOW of Gnostic Wiccan Goddess Coven Group on Fascistbook.  She is convinced Eric is a Shill and beholden to Patricia Potato Gang banger.  Says the biggest shills expose.  Stupidity from those who purport "truth".

This is my first post. Been in the ranks for 3 months. Never imagined there would be this much controversy in this subject. shows you how each of us need to spend allot more time scrutinizing our sources. I was introduced to Eric by the ranting of Owen Big Bear Benjarman. He seemed really unfair to talk that much shit about a guy without ever giving him a chance. Is he just stupid or is it on purpose? love to hear from anyone on this.

Damn this guy is goin on my nerves, what an ahol

But with that being said,  I don't understand anything about the shill business.  I think he is just young and not that mature.  Vary Smart,  But has a rude way of talking and is at a point in his life that he is being torn apart.

I think in the big picture that he means well.  Some how, I think when he was Drunk,  He got off on a rant about Eric D.  and it got out of hand and he is to proud to admit it.  I have listened to Many Many hours of Eric's work and I feel strongly that he does not deserve the disrespect he is getting.

I think it's bad business to stick Owen in the Enemy of he state box.  He needs time and will come around.  When he give two hours to D>I>R>T>H,  That was a big boost for the Flat Earth team.  I was pull across the line that night and now I am 3 months later and a full blow Flat Earther.  So.  Let not jump to fast.

In my opinon Owen is a POS. There is a lot of behind the scenes stuff but look into some of the Johnny Arcade stuff, and the fact that he is associating with DITRH says all I need to know about his character.

Alpha wrote:In my opinon Owen is a POS. There is a lot of behind the scenes stuff but look into some of the Johnny Arcade stuff, and the fact that he is associating with DITRH says all I need to know about his character.

DITRH is a tricky Dicky
POS = ?

Owen claimed he never watched one of your videos, yet wanted to talk to you, then treated you horribly. Then he gets a flat earth lightweight who barely answered any questions, and is now asking for 5 grand to talk with you. What an a-hole.
I still watch him for entertainment. And I thought he was actually spot on about student debt.
But his ego is too big, and he will rarely if ever admit that he's wrong. It's easy for someone like that to clash with just about everyone. 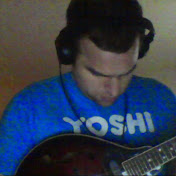 Realearth wrote:
Stefan Molyneux says we ‘hate jews’ because they are 'intelligent'

The following is a compilation of clips showing the incessant two-faced, flip-flopping, double-standards, disrespect and outright lies of Hollywood actor/comedian turned YouTube conspiracy live-streamer Owen Benjamin.  (Note:  He will also be doing a live appearance at this year's FEIC international shill fest) 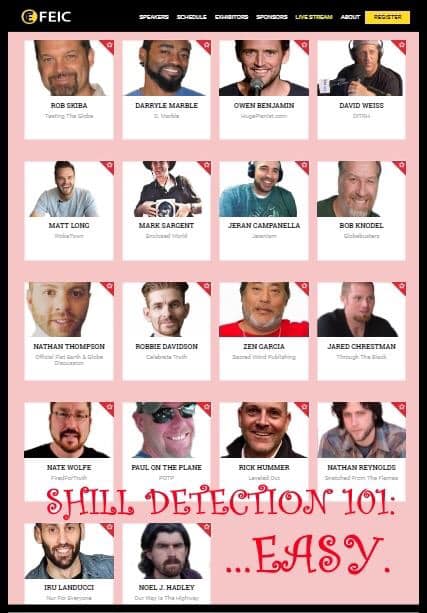 This bloke has a globe and dinosaur in the background of his videos
amazingly he has only been on YouTube since Dec 2017 yet he has 82,000k+ subscribers
That's over 2000 subscribers per week

The latest craze is to have SciManDan and other so called Science channels make fun of popular Flat Earth YouTuber's, like D.Marbles, Jeranism and Globebusters who produce videos that prove the Globe Earth or in some way ridicule the flat Earth message.

Are we dealing with the flat Earth Stooges or Shillfest 101?

Yep Irvin is backed by the Mormons, and we know (((who))) controls them. Sold out for those steak dinners. Check the citations

Ranty of the UK conference/potato/globe lie crew admits being funded by a 32nd degree Freemason:

I figured that out about him when he started renouncing his veganism and laughably claiming it was the reason he ended up in the hospital, faint of vital nutrients derived from dead animals, even though designed an herbivore. Makes me wonder why Joseph Atwill associates with him.

RussianVids (Controlled Opposition) and many other half-awake/unaware flat-earth channels are using 2 sentences from polish astronaut Miroslaw Hermaszewski like a prove for earth being flat, when in the same time they completely ignore earlier part of the interview. During previous 20 min they were talking about Space Enterprise like real with no doubts. So the last question was taken rhetorically, to make it sound like that is that much serious, so they can make it sound like a joke without getting even deeper into it, at least average viewer will understand this that way and that's what Judeo-Masonic agenda wants.

Unfortunately many so called flat-earthers will grab whatever they have; to direct others into blind road or just to make them feel more secured in group thinking, when this is about individuals making them own understanding and conclusions. Not watching someone saying something in TV, and there you have it. Its about us doing whatever we can in real world to try achieve progress from there where we are, but by those so called freedom channels is pushed again to some mental state of weakness. 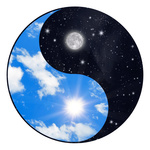