One face of the moon disqualifies Heliocentricity?

One face of the moon disqualifies Heliocentricity? 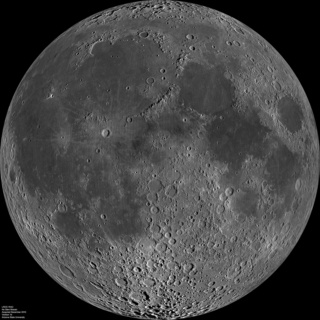 As most know, the main reason given for the moon always showing the same face towards the Earth, is that its rotational speed matches its orbital speed. This excuse hinges on one BIG faulty assumption : That the orbit of the moon around the Earth is circular.

However, for some reason, likely to do with constructing argumentation for seasons (as is the case of all the planets orbits around the sun), the orbit of the moon around planet Earth had to be elliptical. - How else was the apparent different sizes of the moon as well as the moon phases be explained as being the source of tides and shown as shadows of the Earth on the face of the moon? 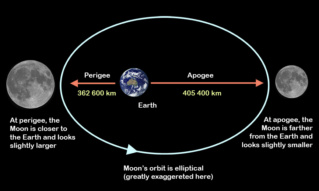 But, an elliptical orbit entirely annihilates the idea that the moon would be showing the same face constantly towards the Earth.
Because since the speed of the moon will have to vary from maximum speed at perigee (closest to earth) to near zero (or relatively very small) speed at apogee (furthest from Earth) the rotational speed of the moon around its own axis has to increase and slow down accordingly. This, of course, is a clear violation of the conservation of momentum. Unless the moon houses some magical rotational machinery and breaks ...

So, the fact the the moon shows the same face towards the Earth disqualifies the whole idea of the moon being a rotating ball in an orbit governed by "gravity".