In 1922 Gerrard Hickson released a book called Kings Dethroned: A History of the Evolution of Astronomy from the Time of the Roman Empire Up to the Present Day; Showing it to be an Amazing Series of Blunders Founded Upon an Error Made in the Second Century B.C. For those of you who have not read this book, I think you will find it a very satisfying read. Only 91 pages long, but very, very informative and he also takes on both Einstein and Newton. I am posting a link to download the free PDF version of this book.
http://www.freepdf.info/index.php?post/Hickson-Gerard-Kings-dethroned

Bought the book a few years ago . Good concise exposure of the errors made in regards to planetary distance etc . Did a follow up book "The Universe As It Is" but not successful in finding it and then forgot all about it. Will have to try again.

I did find this on Gerrard Hickson after scouring the internet. The Universe As It Is: A Hicksonian Archival on the Elements of New Astronomy and it's Kings Dethroned. This book contains a massive Compilation of Gerrard Hickson's works, such as Kings Dethroned, The Universe As it is (a sequel to Kings Dethroned), The Elements of Hicksonian Astronomy, The Velocity of Light in Question and a challenge by Hickson to Modern Astronomers.
It's $10.50 at the Book Patch. Here is the link if you or anyone else are interested.
https://app.thebookpatch.com/BookStore/the-universe-as-it-is-a-hicksonian-archival-on-the-elements-of-new-astronomy-and-its-kings-dethroned/3ada1e92-0a5d-410e-9a30-6effcb911a2b

RedorBlue wrote:Bought the book a few years ago . Good concise exposure of the errors made in regards to planetary distance etc . Did a follow up book "The  Universe As It Is" but not successful in finding it and then forgot all about it. Will have to try again.

Is this any use?

I'm still looking for a free copy. I started Kings Dethroned, I think his approach for simpletons like me is brilliant. 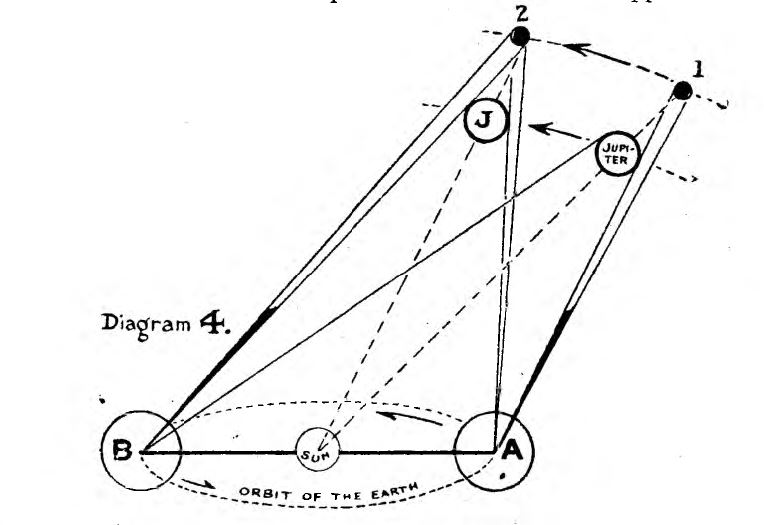 It took me about a month to break this down enough that I feel confident I could explain Ole Roemers Blunder, I was going to post if anyone could explain it to me here but in the process I answered my own question this morning!

What is Ole Roemer's Blunder? Hickson explains that Ole Roemer, A Danish astronomer in 1676 "gave it as his opinion that the distance to the sun was so tremendous that light, travelling with almost lightning rapidity took 8.25 minutes to cover the distance[sun to earth]...this ingenious hypothesis appealed strongly to the imagination of  contemporary astronomers, so that they allowed it to pass without sufficient examination."

Fast forward a few hundred years plus, Hickson in his book, King of Thrones, takes on the task of, in his words, "sufficient examination". He says we will "stand beside him [Roemer], as it were and study these eclipses of Jupiter's satellites, just as he did, from the same viewpoint of Copernican astronomy.

So, Roemer used his six years of observation data of the eclipses of the moon Io by the shadow of the planet Jupiter. In his data analysis, Roemer found that there was a maximum 16.5 minute discrepancy between the observation of the Io eclipse at one time and another 6 months later. This was odd indeed when compared to other eclipses that have been predictable to the minute for thousands of years...

Roemer wondered what was the cause of this discrepancy.....hmmmmmm.......why......OH SNAP!!!.....It is because of the distance, yes!yes! the distance of the earth during its supposed orbit around the sun is causing this!....Makes you wonder...did he really come up with this idea on his own....or was it implanted by the same dark controlling force today...yes I did watch Wonder Woman.

Hickson offers his explanation of what could explain that 16.5 min discrepancy...and he simply states...angles. If you look at the diagram I uploaded (hopefully its there) you can see two different positions of the earth where the observation of the eclipse of IO (dotted line) occurs....The angle of observation (solid cone) from B is obscured when observing Io at position 1 but not obscured when seen at position 2.

Now if there were observers at A and B at the same time, A would see it first and B would have to wait another 16.5 minutes to see it because JUPITER IS IN THE WAY...its blocking the eclipse for 16.5 minutes!

Hickson goes on about how people with try to argue and refute that, but his explanation is so simple now that I think about it...it is almost common sense ....like how stars move in the night sky... BUT THE EARTH IS FIXED!