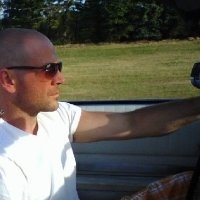 Rick (HUMMER): creative concepts, TV development, director, audio producer, writer, storyboard artist, and more. Always looking for that next challenge and ready to do great work while achieving the goals set ahead. 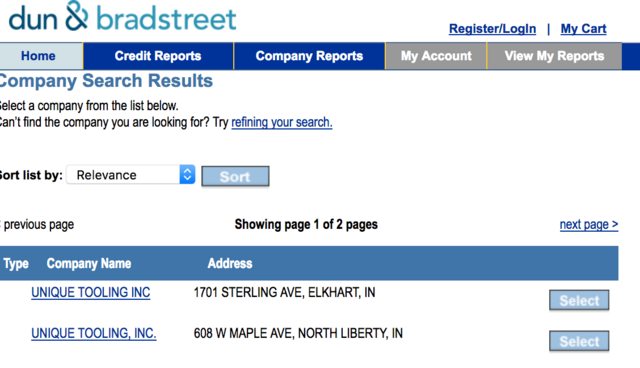 Only one Unique Tooling (location in Indiana) at the Corporation Wiki: 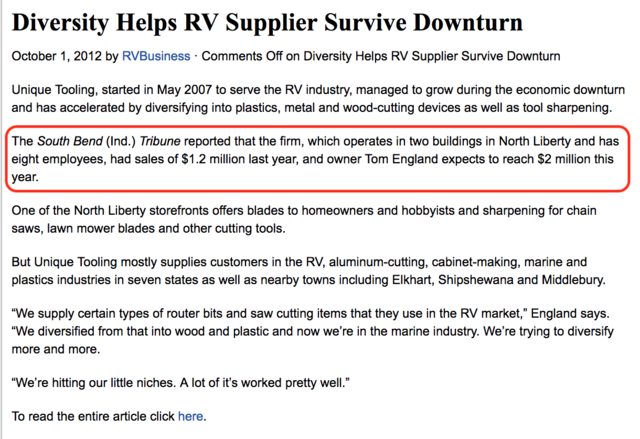 NOTE THE ABOVE WAS PUBLISHED IN 2012. 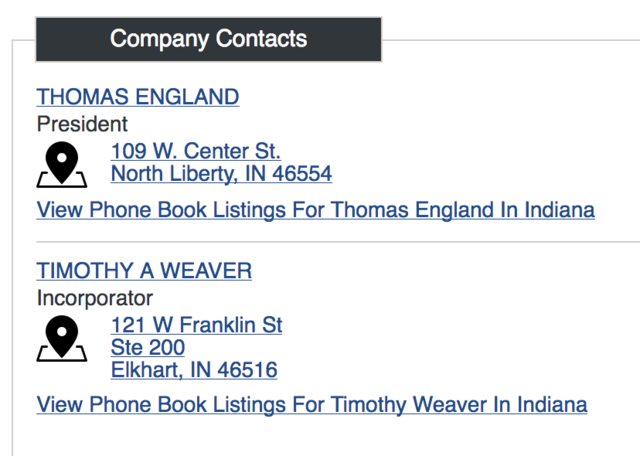 Timothy A Weaver, the attorney, is in Suite 200. Suite 400 is associated with 250 different companies; for example, 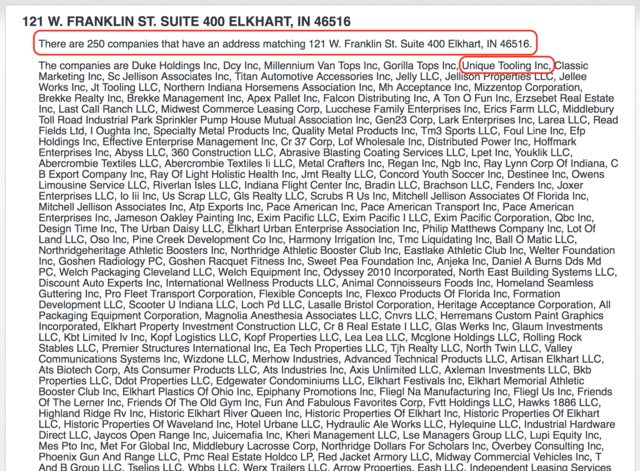 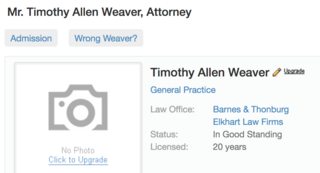 Screen grabs below of the Unique Tooling of Elkhart, IN. 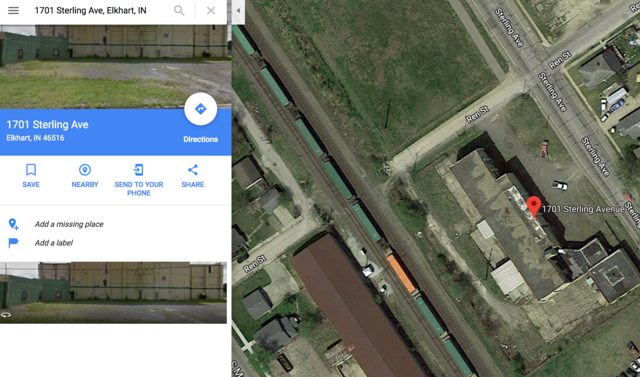 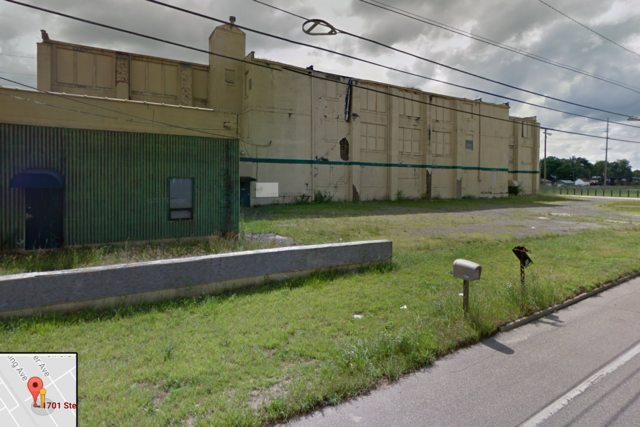 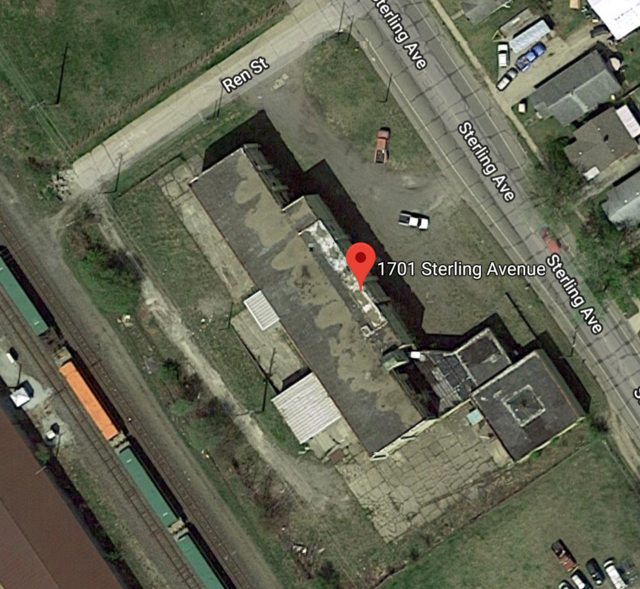 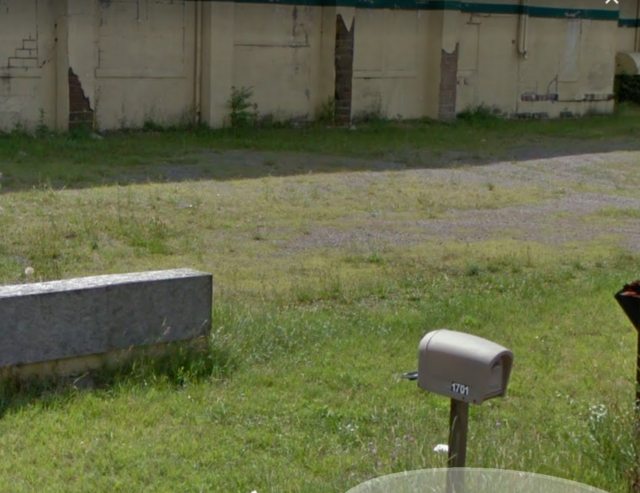 That attorney seems to be associated with many "manufacturing" businesses.

If I remember correctly, when researching Bob Knodel, he was previously involved in plastics business in the past. I'll do some checking and see if it's related to the same attorney. 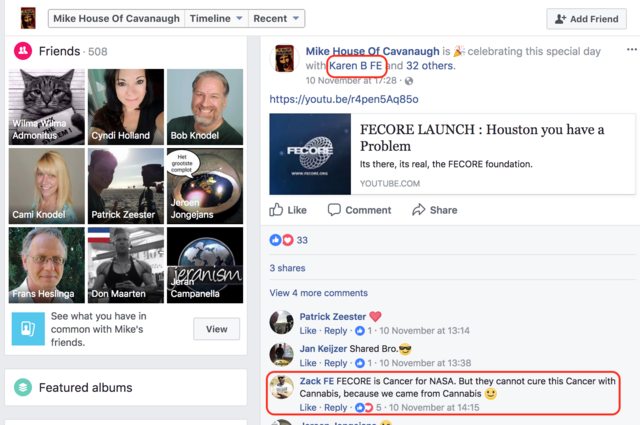 Karen B FE is Karen Endecott, Secretary of FECORE. If I'm not mistaken, she was called "Masonic rock star" on camera at Shillfest 2017. I've confronted her with it several times in comment threads and she just ignores me. She's one of the regular sycophants over at the Toxic Twins' channels; Ace Mcloud, Bill Keith, David Weiss, etc. (they probably all have bad backs from being perpetually bent over kissing the Twins' little hineys).

Also a link on the page to Zack FE, Dr. Zack, "member" of FECORE, shown in this video: https://www.youtube.com/watch?v=9xrV7xxxnOE

Link to Dr. Zack's I-love-me-page: https://www.facebook.com/FE.Dr.Zack?fref=ufi&pnref=story (in the Army we used to call a guy's wall of decorations, certificates, plaques, etc., an I-love-me-wall). It looks like it's fallen into disuse in the last couple years.

I don't know if anyone else sees the significance of the FECORE name. "Fe" is the symbol for iron, at. wt. 26 on the Periodic Table. The globular Earth model posits a rocky sphere with an iron CORE. Their logo seems to confirm this idea.
Get it? These hucksters are openly mocking those promoting the flat Earth model.
I'll go out on a rather tenuous limb and suggest that "Shamrock" is also a Masonic jibe. Sham + rock. I can't see any other reason for the ubiquity of this Irish symbol other than its inherent play on words.

ciocc wrote:
FECORE
"Fe" is the symbol for iron
The globular Earth model posits a rocky sphere with an iron CORE
Their logo seems to confirm this idea

Agreed, there is no other reason to use the word "CORE" in conjunction with "FE", when FE supposedly means Field Engineer.

Fe, the Iron CORE of Spaceball Earth as promoted by the Religion of Scientism and the Heliocentric Priests of the Controlled Opposition. 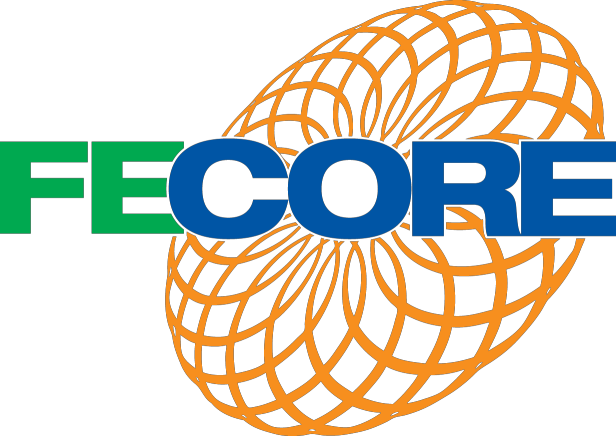 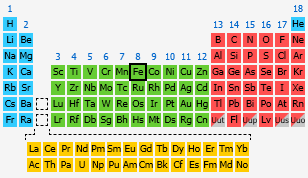 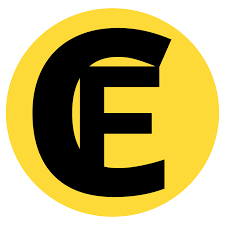 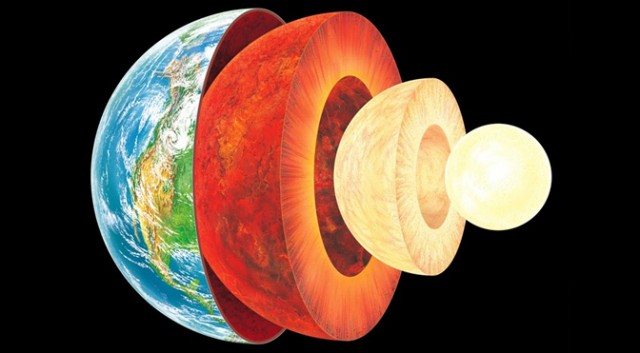 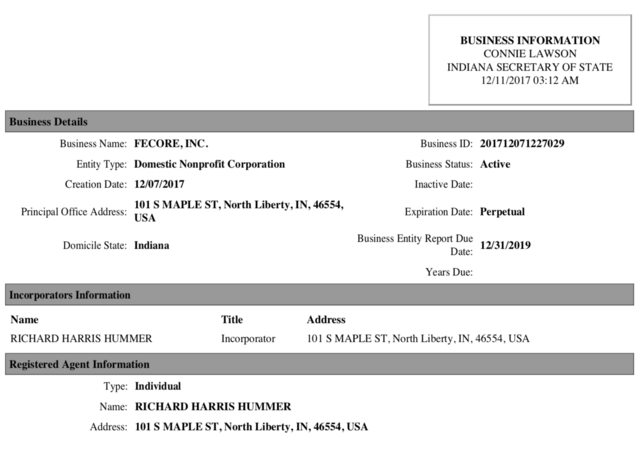 A few things stand out.

1) "Specifically, the organization will conduct scientific research on geological earth sciences and provide educational programs to the public." How do they sell tiered memberships, withholding certain things from those who do not pony up for the top tier, while at the same time providing "educational programs to the public"? Are they in the business of selling tiered memberships, or are they a charitable organization?

Perhaps that should be discussed at the next board meeting; how they can withhold things privy only to the top tiered membership elite, while at the same time providing "educational programs to the [whole] public at large." After all, the "public" isn't being educated in "geological earth sciences" if the public isn't purchasing the top tier of informational trinkets offered by the scammers. The public, who are not paying members, are not receiving the "education" the top-tiered paying members are receiving, so immediately the scam is brought into focus.

2) Under Article V, Membership, and to the statement, "Indicate if Corporation will have members," the box is checked, "No members." I'm not sure, then, why they publicize having board members on the FECORE website. Perhaps someone can elucidate. What are the "members," if not board members?

"FECORE is unique as an independent research group which does not rely primarily on corporate or government funding." --FECORE About Us page (emphasis mine)

In other words they will receive money from other corporations and/or government. "Primarily" is their out.

"This research will never be funded by those who have a vested interest in maintaining the status quo."

That's a good one! Though not "primarily" funded by corporations and/or government (wink, wink), those same institutions providing funding most certainly will expect their "gifts" to protect certain ivory tower status quos. Only an addlebrained buffoon can come up with such dichotomous anti-reasoning in the same "Unique Group" discussion on the "About Us" page.

What a joke! Money always corrupts. Its corrupting influence is clearly seen in the idea that a public charity sells tiered memberships that precludes those not at the top (i.e., all those not willing to pay the "Advanced Membership" premium), from being party to the educational materials even though it is acknowledged "there are millions of people who want the truth."

FECORE is simply another branch on the deceit tree that is being watered to thwart true revolution and the planting of an earth-wide knowledge tree exposing the fact that the peoples of the Earth plane had been placed into a 500+ year spinning-ball coma by superstitious Freemason sun-worshipers. Controlled Opposition. Shillfest 2017 brought us clowns. FECORE is simply more clowns climbing out of the tiny car during the circus act.


"At rest, however, in the middle of everything is the sun. For, in this most beautiful temple, who would place this lamp in another or better position than that from which it can light up the whole thing at the same time? For, the sun is not inappropriately called by some people the lantern of the universe, its mind by others, and its ruler by still others. The Thrice Greatest [Hermes, a Greek myth, the divinity of commerce, cunning, theft, travelers, and rascals] labels it a visible god, and Sophocles' Electra, the all-seeing. Thus indeed, as though seated on a royal throne, the sun governs the family of planets revolving around it.” —Nicolaus Copernicus, On the Revolutions, Book One, Chapter Ten

Watch this quick video please. "What does Bitcoin & the Flat Earth Conference have in common?"

Jeran also has bitcoin. Not saying bitcoin is bad...just stating the facts.

Crypto currencies are Ponzi schemes. No surprise that the same controlled opposition types/religion pushers/fear mongers are shilling for this casino-style investment scam.

Sorry, but these last two points regarding bitcoin seem quite irrelevant to this thread. The FEIC logo looks nothing like the bitcoin logo. Jeran scamming someone out of their bitcoin has nothing to do with flat earth directly, but rather Jeran's character.

Also, Bitcoin itself is not a ponzi scheme, it's likely some of the recent ICO's are ponzi schemes but again this all seems irrelevant to this thread.

India’s finance ministry has cautioned investors about the risks of trading in cryptocurrencies such as bitcoin, branding the ‘virtual currencies’ as akin to a Ponzi scheme.
The warning comes a day after South Korea, a global hub for bitcoin trading, said it would ban anonymous cryptocurrency trading due to the “abnormal situation of speculation.”
In a statement India’s Ministry of Finance noted there had been a “phenomenal” increase in demand for digital currencies such as bitcoin.

“There is a real and heightened risk of investment bubble of the type seen in ponzi schemes which can result in sudden and prolonged crash exposing investors, especially retail consumers losing their hard-earned money,” it warned.
A Ponzi scheme is an investment fraud that involves payment of purported returns to existing investors from funds contributed by new investors.

Cryptocurrencies are not legal tender in India and have no regulatory permissions, the ministry stated, adding, that investors were trading  “entirely at their own  risk” and were advised to avoid such activity.

“Virtual Currencies are not backed by Government fiat. These are also not legal tender. Hence, VCs are not currencies.”

The price of these cryptocurrencies are “entirely a matter of mere speculation resulting in spurt and volatility in their prices,” the government agency advised.

The statement also cautioned that the encrypted nature of these transactions pave the way for illegal activities such as “terror-funding, smuggling, drug trafficking and other money-laundering acts.”
However, unlike neighbouring countries Bangladesh and Nepal where bitcoin is illegal, India stopped short of issuing an outright ban on digital currencies.

The Minister of State for Finance, Pon Radhakrishanan, confirmed Friday that an interdisciplinary committee has been set up to examine the existing global regulatory and legal structures governing Bitcoin, reported The Economic Times.

The Reserve Bank of India previously urged those trading in virtual currencies that they were doing so at their own risk and clarified that they had not given authorisation for any company to deal in such cryptocurrencies.

Earlier this month, Reuters reported that India’s central tax authority was investigating bitcoin exchanges to try and find a way to tax transactions.

While bitcoin is losing its dominance, rival cryptocurrency Ripple has surged to an all time high. It has had the biggest growth in value among digital currencies this year – recording a whopping 30,000 percent rise.

This story was copy/pasted from RT.  Even though the source is pure MSM, it appears that your position on the speculative nature of crypto currencies is diametrically opposed to that of the Indian finance minister.
I agree with you that this thread has nothing to do with Bitcoin and I will not follow up with anymore about it here.

ciocc wrote:
This story was copy/pasted from RT.  Even though the source is pure MSM, it appears that your position on the speculative nature of crypto currencies is diametrically opposed to that of the Indian finance minister.
I agree with you that this thread has nothing to do with Bitcoin and I will not follow up with anymore about it here.

Yes... "akin to a Ponzi scheme" is not a ponzi scheme. Opinion is not fact.

The Indian finance minister will do his best to protect the fiat currency backed by their "reserve" bank which does not keep reserves and enslaves their populous.

If the charlatans at FECORE seriously wanted to conduct a laser experiment across a large frozen lake in order to disprove surface curvature, the obvious choice would have been Lake Baikal in Russia. It measures 636 km in length, almost 10 times as long as Lake Balaton in Hungary. This would guarantee a very long test area without coming into conflict with other visitors to a lake that is ALWAYS frozen solid in the winter.

ciocc wrote:If the charlatans at FECORE seriously wanted to conduct a laser experiment across a large frozen lake in order to disprove surface curvature, the obvious choice would have been Lake Baikal in Russia. It measures 636 km in length, almost 10 times as long as Lake Balaton in Hungary. This would guarantee a very long test area without coming into conflict with other visitors to a lake that is ALWAYS frozen solid in the winter.

None of the "engineers" at FE CORE are even willing to state their credentials, they will never produce anything of value to the FE movement.

@1:52, commenter Roman Bergk asks why the galaxies appear so sharply in focus while the planets look pixellated and blurry.

I'm still laughing over that one!

Wasn't there some guy in Canada that one day just decided to do his own laser experiment and measured across a frozen lake for over 7 miles? It's super goofy if some professional, supposed "corporate sponsored" organization that takes international crowdfunding to fly out all these people from 10 countries to perform a 4.8 mile test. So basically 10 engineers got beat out by awesome Canadian dude with a snowmobile and laser *pew pew pew*. And then have these weird claims like guinness world record?

Don't get me wrong. I think it's great people want to do these experiments or spread flat earth like that one guy who did the billboard, but its another thing when they make it cringy af and muddy the waters.