Proof the Sun is not 93 Million miles away

Proof the Sun is not 93 Million miles away

The Heliocentric model claims the Earth is a ball rotating around the Sun. We know that's a lie and the Earth is flat with the Sun circling the Flat Earth.

How can we prove this? I think I can

Perspective, divergence and even the colour of a Sunset.

I mentioned Sunsets, well, as we all know the Sun appears yellow in the sky during the day, but as sunset approaches the Sun appears to first change to orange and then finally to red before disappearing behind the Horizon and night comes upon us.
Why is this? why not green or even blue?
Again it's down to divergence, perspective and ultimately the visible light spectrum,
As the Sun moves further away from us toward the horizon perspective and divergence come in to play again, but this time with the visible light spectrum.
Yellow has a wavelength of 570–590 nm, as the sun gets further away it changes colour to orange which has a wavelength of 590–620 nm and as it gets even further away, before dropping behind the horizon it changes colour to red which has a wavelength of 620–750 nm.
Incidentally yellow, then orange, then red are sequential in the visible spectrum, as the sun gets further away the longer wavelengths of orange then red become prominent due to convergence and perspective.

The Sun is directly above England,

i like your piece, but remember the sun isn't above England in the summer, it's above north africa, about 2-3000kms south.

I have been thinking about this quite a lot lately . How do they come to this figure of 93 million miles anyway ? Can you imagine how far a million miles is ? We are told that the sun`s light and heat take 8 minutes to reach us on planet earth but it just does not feel like it . It has to travel 93 million miles of cold space before it reaches us burning hot ? Not possible to my mind. Just notice how quickly it gets cold when the sun goes behind a thick cloud and then how almost instantly gets hot again when the sun emerges .

NASA is supposed to be sending a probe directly at the sun I believe ? Well we know that is just more of their spaceballs to keep the billions rolling in. As long as the globalists propaganda keeps working they can get away with such nonsense but how much longer ?

Anyway glad you posted this article and totally agree with you.

Billuk64 wrote:How do they come to this figure of 93 million miles anyway ?

This guy approaches things from an engineering standpoint, and although he avoids landing on his conclusions with certainty, his direct and unemotional approach is refreshing.

In these video he walks through a bit of the history and math behind how the gravitational constant was "discovered" via the Cavendish (torsion bar) experiment. This value was what allowed the heliocentric model to start making distance calculations etc. It literally is the key lynchpin for that model and, as he demonstrates, isn't very firm footing.

As gripping and fast paced as the video is

I found the math and narrative behind it pretty helpful.

liminoid wrote:
he walks through a bit of the history
how the gravitational constant was "discovered" via the Cavendish (torsion bar) experiment
This value allowed the heliocentric model to start making distance calculations
It literally is the key lynchpin for that model

Let us turn to the Holy Scriptures at stanford.edu, where we read:

Sir Henry Cavendish did invent the MASS of the Earth, he did publish said invention in the Philosophical Transactions of the Royal Society in 1798.

Praise be to the LORD God of [G]ravity by which Brother Cavendish through his invention of Earth Mass, then yielded the Mass for all other Spaceballs such as the Sun and the Moon; being fruitful Brother Cavendish also verified the universal nature of Newton's Theory of [G]ravitation;

And the FREEMASON did rejoice.

Then the LORD thy God of [G]ravity did inspire Brother Cavendish, thereby bringing the inverse square law down from thy Spaceballs and into the laboratory. We further thank thee God for guiding Brother Cavendish to scribe his results to calculate the gravitational constant [G]; this experiment of Faith described as the first determination of this constant.

Oh LORD God of [G]ravity let those that can see be shown that virtually all calculations are done via ratios so that proportionality constants are, in general, dropped out.

We thank thee LORD God of [G]ravity for providing the Faith to understand how Spaceballs orbit about one another in the vacuum of space.  We know that thou vacuum dost suck with equal amounts about the whole of the Balls, we further thank thee Oh LORD for keeping our Balls from coming together; Praise be to [G]od.

And the FREEMASONS did rejoice. 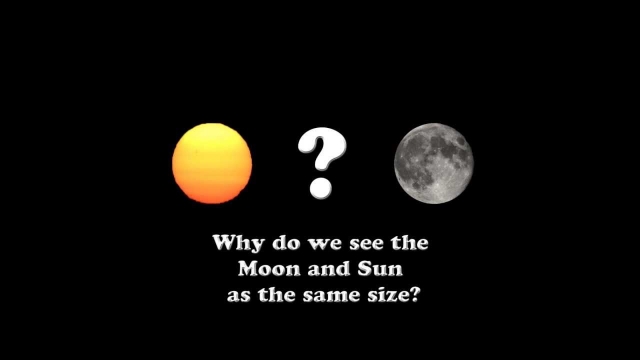 I do not buy that video, Plasma, yes, but plasma being the reason for the actual colours in the sky is merely conjecture and a theory.
My explanation is concise and is provable with light wavelengths which is truly the answer when it comes to the vanishing point and divergence/refraction of light.

FL@T-E@RTH wrote:The Heliocentric model claims the Earth tilts 23.4 degrees to give us our seasons of Summer & Winter, but the truth is it is merely the Sun drifting in its circular rotation of the FE from The Tropic of Capricorn to the Tropic Of Cancer.

Something to add.. the heliocentric model with the Earth at 23.4 degrees tilt, should reflect in greater temperature differences throughout the year at the equator.

Yet the average temperature along the equator doesn't shift by any more than 2.2 degrees throughout the entire year.

In fact there should be more consistency of temperature averages between summer and winter regardless of country and region, if we were really on a ball at a 23.4 degree tilt.

They try to explain this away by saying the Earth is stretched slightly at the equator (aka "pear shaped"), though then you have an inconsistency between that and all the alleged photographs of the planet.

Along with the numerous inconsistencies with surface areas, travel times of planes and ships.. it all falls apart lol 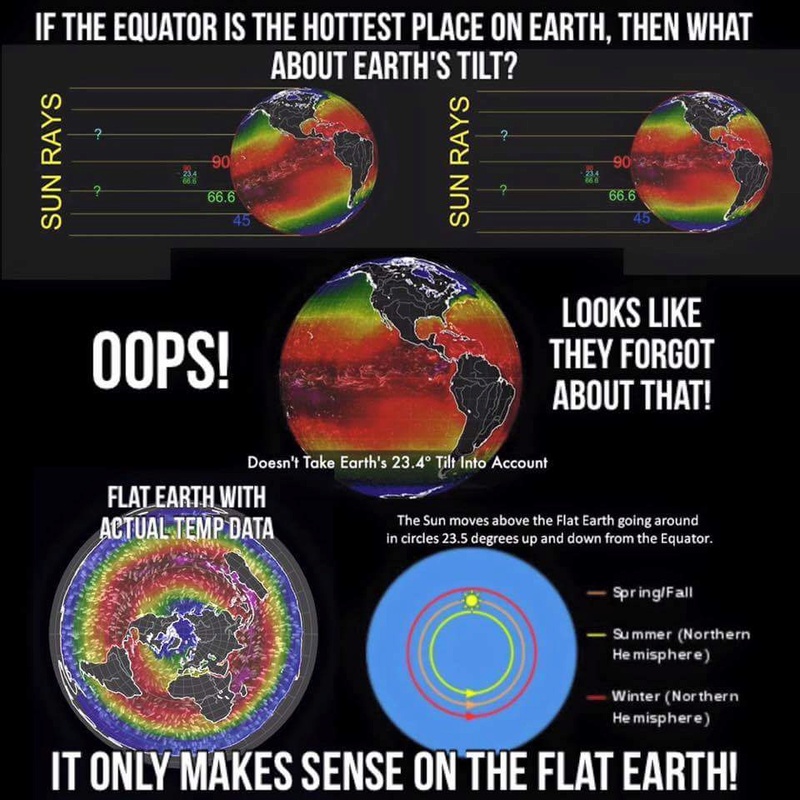 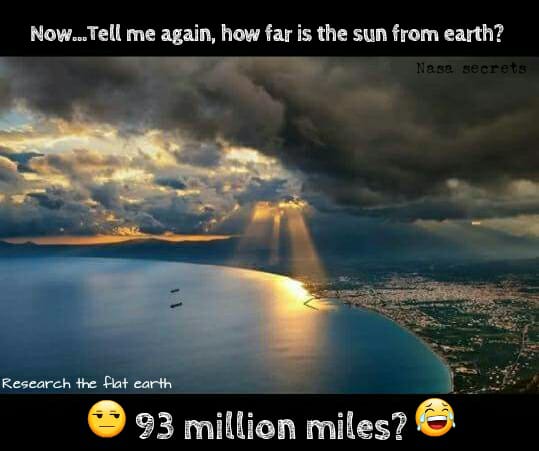 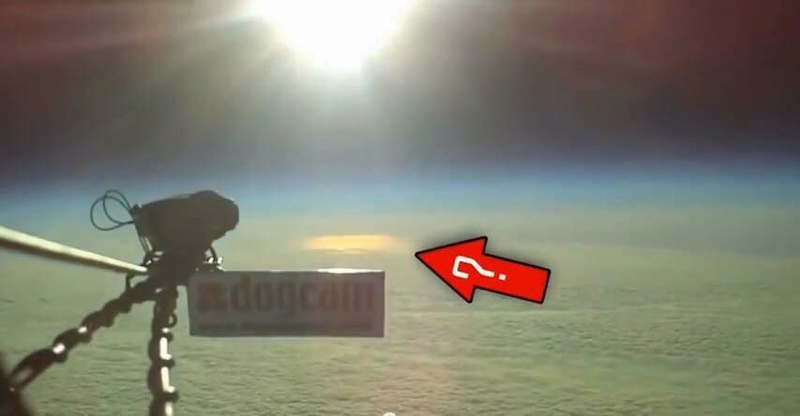 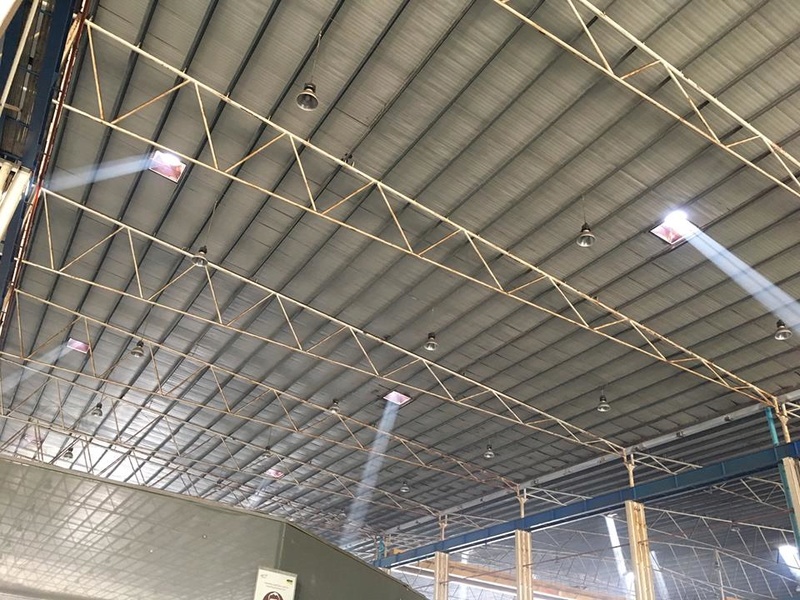 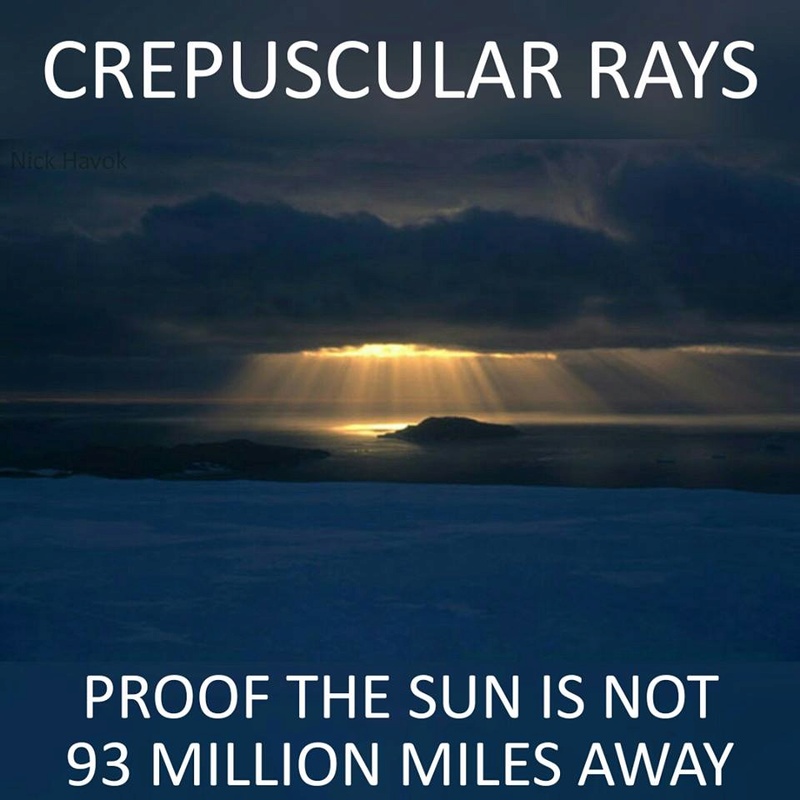 Does not temperature changes answer the 93 million mile question ? I live in the north. The temperature difference between where I live compared to the temperature say 1200 miles due south is very significant. If the sun was 93 million miles away, the circumferential area of heat could not possibly fluctuate that much over such a small distance of 1200 miles. This pretty much tells you that the sun is close. Some may argue that the apex of the curvature at the equator is closer to the sun, but in my case this would only represent a radial distance of about 1000 miles closer over 1200 miles, totally negligible when considering the supposed 93 million miles.

It will launch next week, 8/11/18.
It will reach within about 3.7 million miles of the sun.
It moves at approximately 450,000 miles per hour.
The mission duration is 6 years 321 days.
Don't worry...to withstand the heat, the probe is made with a 4 1/2 inch thick solar shadow-shield made from reinforced carbon-carbon composite.

Validity of the Solar / Globe model

In order to expose a fallacy it is important to question and attempt to validate accepted models. If the earth is rotating at approximately 1000 mph at the equator, orbiting around the sun at 70000 mph while at the same time the sun is moving at an average of 514000 mph in a direction that is roughly perpendicular to the orbital plane of the earth... then please consider the following. It takes 8 minutes 20 seconds for light traveling from the sun to reach the earth ...since the sun and solar system is moving at 514000 mph we can therefore agree that the entire solar system would have moved approximately 68533 miles within those 8 minutes... so... by the time the sunlight has intersected the earth's orbital path, the earth would in fact be 68533 miles away from that point of intersection! This means that if the currently accepted scale and speeds describing the solar system were accurate, then it would be impossible to see the sun, in fact the earth might be in constant darkness because it would always be 68533 miles ahead of any sunlight reaching it's orbital path. The only light that could possibly reach the earth would be light traveling in vectors perpendicular and angular to the direction that the sun and entire solar system is moving... Theoretically, in order to view the sun in the current model, you would have to get rid of the 514000 mph vector, leaving a stationary sun, this is the only way that the earth's orbital path will be in the correct location to receive any light from the sun... 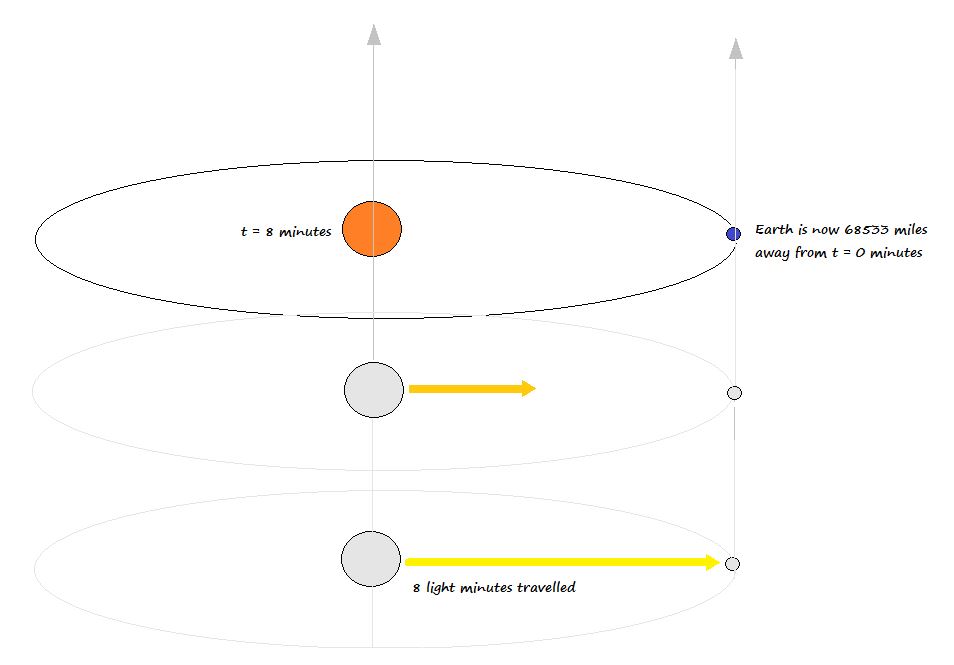 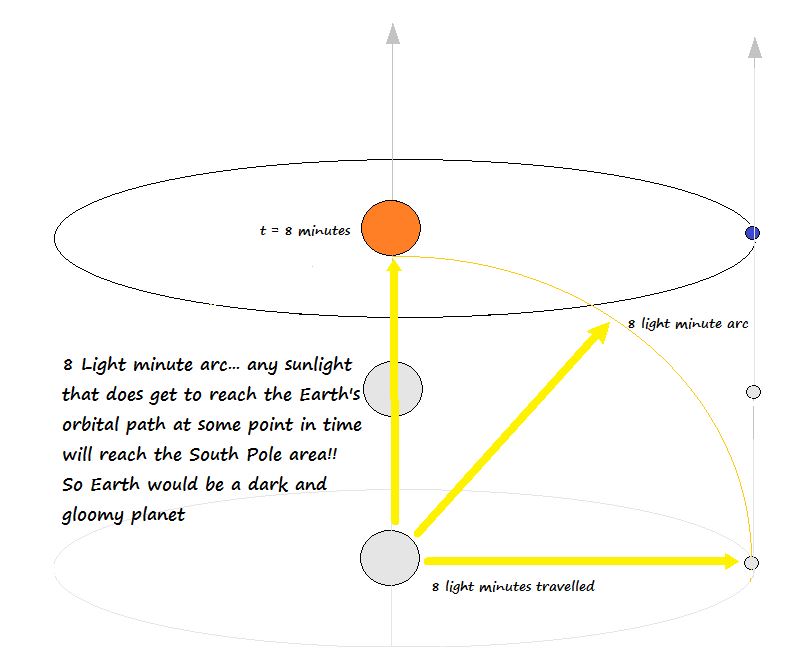 Black hole in the Sun. SunSpots 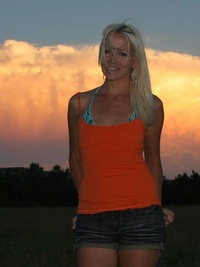 The Sun and Thermodynamics

The sun is 93 million miles away according to mainstream Science.
In all the discussions I have researched, one infallible truth seems to continually be omitted.
The principle of Entropy.

Heat expands at a constant calculable rate. The heat from the sun after travelling 93M miles should be at a constant level give or take a degree or two. Surrounding the Earth.
What it shouldn’t do, is come in at say 4degrees in the morning, 24degrees in the afternoon and 19 degrees in the evening. Yet this is exactly the phenomenon we experience every day.