All Governments are Owned by Banks!

You've tried twice now to go to a time-mark in two different videos, in two different topics, within a couple days of each other, for the purpose of casting doubt on the whole video. And you fell flat on your face both times. And others should be made aware of what you are doing.

To anyone reading this, you can see the same tactic employed by Just Vital here: https://ifers.123.st/t92p50-gps-cell-tower-microwave-5g, page 3 of that thread.

It was his laughable attempt to impugn the whole video based one a one minute segment in the video. I grabbed a screen pic of his comment: 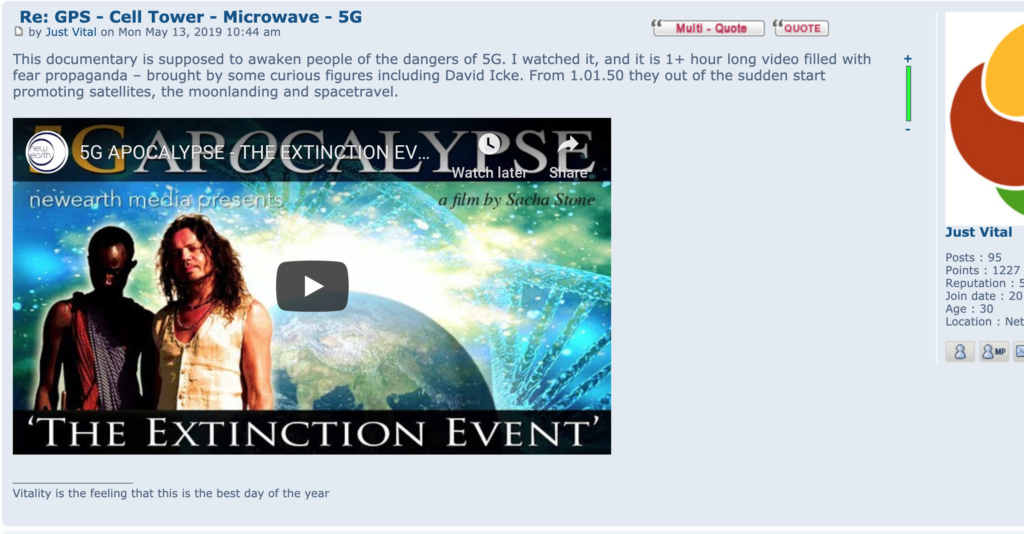 The reason I document what he did with that other video, here, is because he has now twice within a couple days, and across two threads, attempted to impugn videos the contents of which he doesn't agree using the same tactic.

List of Banks owned by the Jewish Rothschild family

"When it is pointed out that the Jews run the world, some people will scoff, and accuse you of being a conspiracy theorist. They often resort to using the communist term of “Nazi”, proving their lower IQ and in-ability to think for themselves beyond the narrow spectrum of the Jewish owned media."

I post a short video tending to show the terrible decline of France from the 60's/70's till today, and the squalor many now live in, and tie in what is going on in France with what we see going on in Portland, Los Angeles, and other metropolitan cities in America. I shared that video "Yesterday at 12:46 pm."

That video showing the decline of France, is analogous to what the (((banksters))) have done, and are doing, to beautiful Germany as seen in the video titled, "Nazi Germany - Pictures of the Madness (1937 - 1939)":

The only thing "missing" in the above video is, "madness." Germany had recovered wonderfully post WWI as the Tribe was being shown to the door (Haavara Agreement), and their barbaric practices, including usury, purged. Who was at the helm during that whole period? Did Hitler become Chancellor in 1933?

Forty nine days between previous post in the thread and my own (49 days).

Just Vital then, "Yesterday at 1:02 pm," provides absolutely nothing of substance regards the point of the short video I shared, nor provides anything regarding the purpose of the thread; governments owned by Jewish banksters.

So, for forty nine days Just Vital shows no interest in this thread, to share anything with other members of IFERS regards the subject of the thread, yet follows to snipe my contribution to it in only seventeen minutes.

What then happens? Who caused the dissension within the topic, using the exact same spurious tactic as he used just a few days previous in another thread? Who caused the topic to divert from its stated purpose? Who is "off topic"? Who gives cover to Just Vital?

The year 1932 had seen Hitler’s meteoric rise to prominence in Germany, spurred largely by the German people’s frustration with dismal economic conditions and the still-festering wounds inflicted by defeat in the Great War and the harsh peace terms of the Versailles treaty."

Shattered wrote:I made a picture that summarizes what I've been trying to say. I probably should have started with the picture instead of writing a manifesto. Lol... 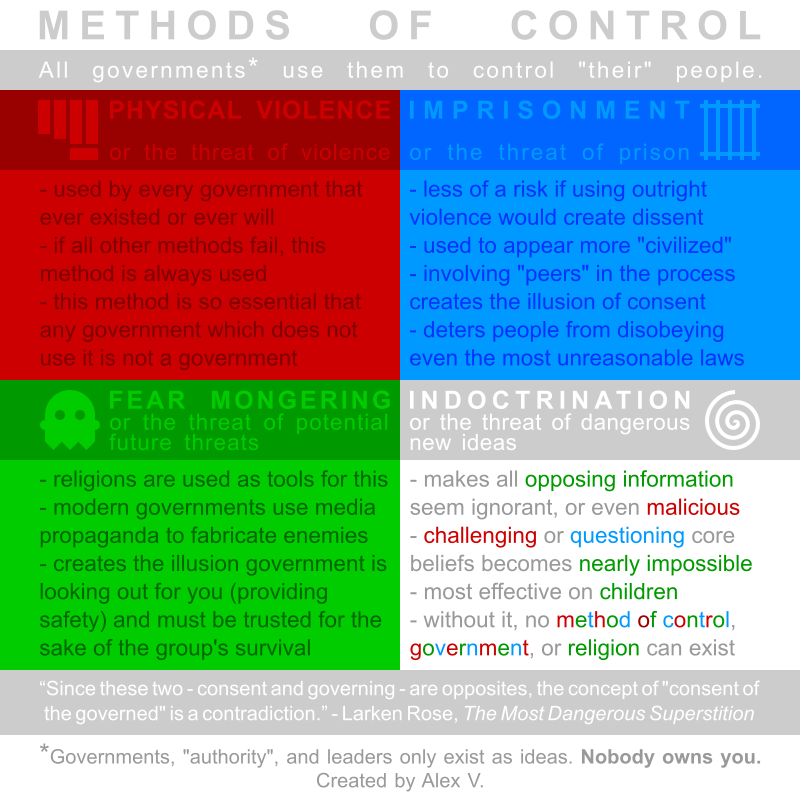 I got here late, since you posted your excellent graphic in 2017 (which makes you now about 23 I believe); but since I have just come across it recently I wanted to pass on kudos. Your self-described "manifesto" was well written.

And as Schpankme pointed out when you started the thread, "You claim to be 20 years old, yet...[blah, blah, blah]", you are to be commended for your grasp of such things as you've shared in this thread; starting a well-stated thread, and having a command of things that I only began to perceive much later in life than you. I couldn't imagine having such grasp of such things as a 20 year old; because I didn't! Bravo!

And I agree wholeheartedly with your comment in the original post when you began this thread: "It is interesting that even though the person giving the lecture is a christian, he understood that the path to understanding "god" (or whatever the kids are calling it these days!) is from within, and not through giant religious or government institutions (AKA external forces of control)."

[edit: disclaimer; I haven't read the book yet.]

[2nd edit: The above quote, along with those below, can also be found in an excellent article here, https://realhistorychannel.org/geniuses-who-were-conspiracy-theorists]

"We are in the hands of the Jews. They can do what they please with our values."

"There you have no risk but the burglar. In any other form you have the burglar, the Jew, the Czar, the socialist, and, above all, the total irremediable, radical rottenness of our whole social, industrial, financial and political system."

Who comes into a thread after a young man has shared a couple excellent videos exposing the criminal usurious bankers, and immediately begins criticizing the young man about god?

But only after he changed the young man's quote to suit his purpose, and then proceeded to preach at his own straw-man.

Who then, after a couple critical, nonsensical posts, abandons the thread never to return after immediately derailing it by in essence being the very first to take it off topic? Remember; the young man shared two excellent videos toward exposing the criminals. What about we address the actual content of the videos? Isn't that why the young man began the thread?? Should maybe our interest be more in what is revealed in the two videos than we are of criticizing a 20 year old that his belief about god is not the same as mine??

How was the kid supposed to answer to that disjointed parade of words thrown against the wall? He asked the kid about his belief in god, for goodness' sake. Did he give the kid an answer after criticizing the kid's own understanding of it?!

Would a Jew be drawn to a defense of Jewish banking like a moth to the flame?

What about a mini-me? After a thread lies dormant for 49 days, and only 17 minutes after my little contribution showing the decline of France due to usurious earth-wide criminal banking, the thread is again taken off topic without valid reason to do so. When I point out that the false flags that were supposed to impugn my shared video, only buttressed its argument, I become the happy owner of yet some more whine.

tactic, noun, 1: a device for accomplishing an end 2: a method of employing forces in combat

Mark Wilson for me you are the biggest spammer of this forum and thats why i lost my interest to it, the mess you create is unbelievable.
Schpankme as far as i see has left and i understand him, now when he is not here for quite long time you again start attacking him to boost your ego. Very weak, same as your tons of empty words.

Real World wrote:Mark Wilson for me you are the biggest spammer of this forum and thats why i lost my interest to it, the mess you create is unbelievable.
Schpankme as far as i see has left and i understand him, now when he is not here for quite long time you again start attacking him to boost your ego. Very weak, same as your tons of empty words.

Lawi departed, it seems, about the same time this question was posed to him; "Are you a member of the Tribe, Lawi?"  https://ifers.123.st/t161p400-chemtrails-geo-engineering-and-haarp (page 17)

You'd have to actually review that thread to understand why the question was put to him. He fell silent.

I will not rejoinder your fallacious appeal to ridicule, "biggest spammer of this forum," but you would have to ask Lawi why he is no longer active here, even though you laughably claim to "understand him."

The subject of this thread is "All Governments are Owned by Banks!" Do you have anything worthwhile to add relevant to the subject the young man addressed when starting this thread? Who, what Lobby, controls the banks? Do you know?

Otherwise, PM me about "the mess [I] create," and I'll try to answer to any specific allegations you park under that big flowing banner, "Biggest Spammer" ;-)

Real World wrote:Mark Wilson for me you are the biggest spammer of this forum and thats why i lost my interest to it, the mess you create is unbelievable.
Schpankme as far as i see has left and i understand him, now when he is not here for quite long time you again start attacking him to boost your ego. Very weak, same as your tons of empty words.

Ad hominem remarks are of NO value in this research forum.

Link to full interview in description.

Ad hominem remarks are of NO value in this research forum.[/quote]

I expressed my opinion, you are not much different. Both of you spread science-fiction as facts (Chemtrails or 5G). Lots of words, no evidence. What is it then if not spamming?
Honest position would be you dont know, and then you start looking in to the topic, but as far i see, both of you never had that stance.

This not topic to disscus those things here, and thats why i pointed Mark Wilson attack on Schpankme.
I'm not gonna continue, feel free to spread the propganda to cover your ideas.

Real World wrote:Ad hominem remarks are of NO value in this research forum.

I expressed my opinion, .[/quote]

This is a research forum
Not a opinion forum.
Peace

"The anti-Jackson slanders are inspired by the same dark forces behind the anti-Hitler smears and the anti-Trump campaign -- and mainly for the same reason. All three men battled the Globalist central bankers and their henchmen."