@Realearth thanks for the vids on James True, some good stuff in there. I will check out the book. His thoughts on bioregionalism are of great interest.

Not sure of his story but did notice a dinosaur in the background of the 2nd vid. He did talk about making dragons as art as an aid in helping with depression, so it may have some connection to that. We all have a past before becoming aware as well, so I'm not trying to imply anything, just something I noticed. Thanks again.

Sorry Eric, I know it's not regarding activism, just wanted to pass on my thanks for info.

This is great to see:

Keep up the activism!

Lmao, that pamphlet got her good. She got so triggered that she had to make a video about it just to get it off her chest...

What I don't understand about these types of pamphlets/leaflets that are overall pretty good is why would the author/s not take at least 5 minutes to fix the typos and faulty auto-corrects and such before printing them out? 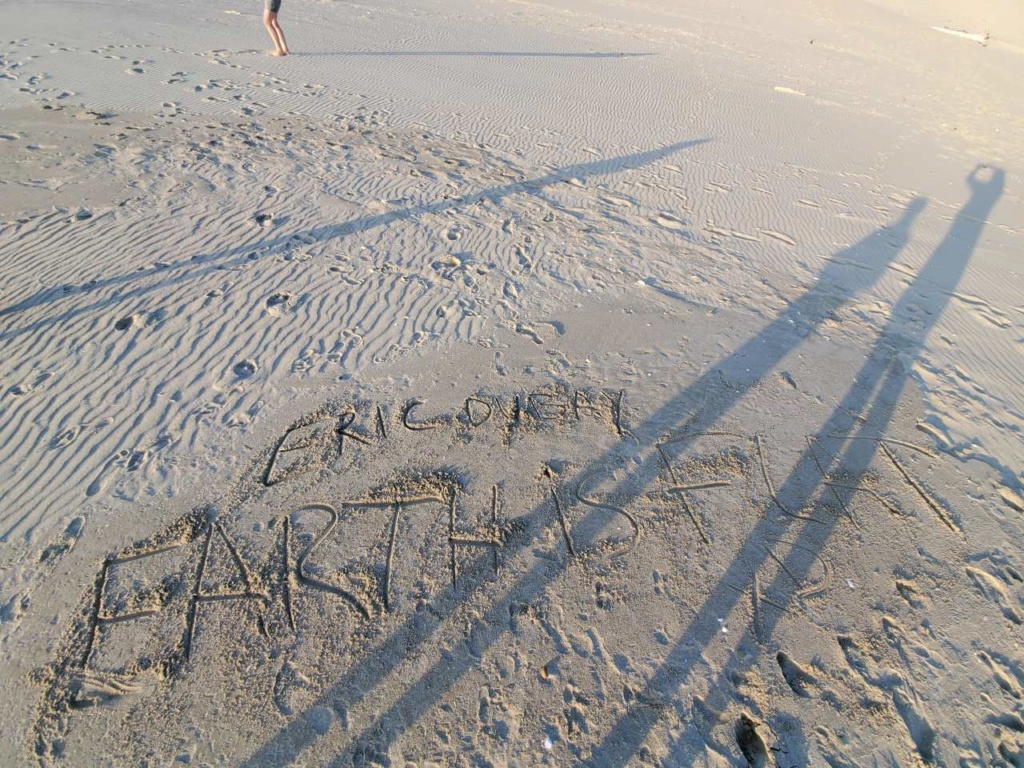 Truth bomb is working and a great idea I hope more will contribute to:

Since I was 5 years old I began writing short stories and told my parents that I wanted to be an author when I grew up. Fast-forward and my 37th birthday next week will mark 11 years since the publishing of my first books Asbestos Head and The Atlantean Conspiracy. At the time I sent the manuscripts to over 200 literary agents and publishers hoping to get wide distribution through an established company. Due to the sensitive subject matter, however, not a single agent or publisher was willing to take them on. My only available option left was self-publishing and independent distribution. In order to get them known and read, I offered online versions completely free and have since self-published 4 more books. My most recent, the first ever illustrated flat Earth children's book, "The Earth Plane," has been translated to 10 languages, and my most-popular "200 Proofs Earth is Not a Spinning Ball" translated into a whopping 25 languages all for free by dedicated, generous bilingual activists looking to get them into as many hands as possible.

What I'm asking of everyone is simply this: The next time you visit your local big chain or independent bookstore, your community library, or nearby school, university or prison library, recommend and request that they carry Eric Dubay's books. They can all be found on both Amazon and Lulu, and most bookstores and libraries will be able to carry them on special request. Some stores will order them just on recommendation, while others will require you to purchase a copy through them; likewise some libraries will order just based on suggestion, and others will only carry them if you donate copies. I have personally bought copies of my books to give to community libraries in Maine, USA where I'm from, and heard many inspiring life-changing stories of inmates who read copies of my books donated to prison libraries. If you could buy and donate, or at least make a special request to your local bookstores and libraries to carry my books, I would really appreciate it.

Big publishing companies with wide distribution networks simply won't touch the controversial, paradigm-shifting material covered in my books, and so the only way to actually get them into the hands of the minds that most need them the most, is to independently approach them and get them there ourselves. Thank you so much to anyone who can help make this happen and to everyone who has shown their support.

That was a VERY sincere request. When I first started listening I thought you were just going to ask for financial support. But then to hear you ask for something so special and unique, basically just some assistance in getting the truth out there. I was seriously blown away. You're something else Eric Dubay. 5 stars.

I would just like to say hello and mention that its an honour to be amongst the elitist group in the world. We have a massive duty bestowed upon us. We have been allowed to see through the bullshit and indoctrinations where others havn't. So let's save the world and lead the people back to the path of truth, where we live for our true purpose instead of rich mens material purpose of lies and deceit. So let's take a moment and absorb the "David vs Goliath" task we have infront of us, humble ourselves, and envision the moment when our enemy is defeated and we have succeeded. I cannot perceive any greater feeling than being an instrumental part of the grandest achievement in the history of mankind. It will literally be "one small step for man, one giant leap for mankind."

Thankyou for having me and look foward to all our future accomplishments together.

maccanz, that's some righteous stuff you're saying there. Sometimes I wonder why people like us are able to see through the veil? I hear it called The Awakening. I've heard it can be because of something in our brains that changed chemically some kind of Rush of neurotransmitter activity. And I've also heard it just called common sense. Either way one thing I realized is that it is people like us with this blessing that love to hear other people talk about having the gift spreading the gift sharing the gift. And then we have those who don't get it. They believe the narrative. They believe the news. They believe what we were taught in school. They believe that's the things we call lies and deceit are the truth. And they believe that we are delusional a conspiratorial. I've attempted to breakthrough the programming of some of these ones to whom I am very close more times than not leading to me needing to distance myself from the individual rather than make any progress. Makes you want to throw your hands up in the air. If God forbid we're all enslaved one day will they then wake up and see what has happened to us and will they look at us and say you were right you were trying to tell me all this but I wouldn't listen? So what do we do to not lose faith, hope, and desire to continue to fight the good fight? How do we not lose sight of how important it is to stand firm and continue to speak the truth. Will some of these ones that aren't waking up begin to wake up eventually will they finally see it? I thought I was waking up. But it wasn't until just this year that I came to understand the fallacy in my beliefs of what the shape of the planet was. I believed in space and the billions and trillions of miles and light years out there that they had told us existed. I believed in many magical things that make no sense but were taught as truth in school as in the mainstream media and entertainment industry. It wasn't until just this year that I came to realize this tremendous preposterous lie that had been spread through generations before my own. It was just this year that I began to realize how important it is not to eat meat, not eat animals and birds. I never in a million years would have thought that the Awakening I was going through was going to show me these things. I thought I was going to discover that I had psychic powers and would be able to move things with my mind and read other people's, that there were many many different types of aliens and extra terrestrials and portals and space holes and dimensions and that I could travel through all those eventually as I went into my light body merkabah blah blah blah blah blah blah blah. I've discover that the truth is simple tangible, provable, reasonable, and acceptable. That the Awakening was attempting to be hijacked by the same people that have hijacked our reality before. They were slamming our minds full of all of these ideas of spiritual nonsense. I'm grateful to be a part of this. It's so much easier the carry around the load now it is much lighter than before. Down with the wicked.

Thanks so much for this Linney!

Thank you so much for the wonderful birthday present Mary! That is lame that the major bookstores in your area want some personalized contract for each branch requested to carry the book. Even the biggest chain bookstore in Thailand was able to order them for me through their online directory. Like Algiz Rune wrote, "Official publishers = gate-keeping."

Dwarf-sailor holding in his hand tool known as Sextant, which uses trigonometry, i.e. triangles, which have FLAT surfaces to determine position at open waters of Sea or Ocean.
Device used by many centuries in navigation; worked and works fine.
All real world engineering, construction and navigation is based on Euclidean Geometry, which never accounts for curved surfaces. 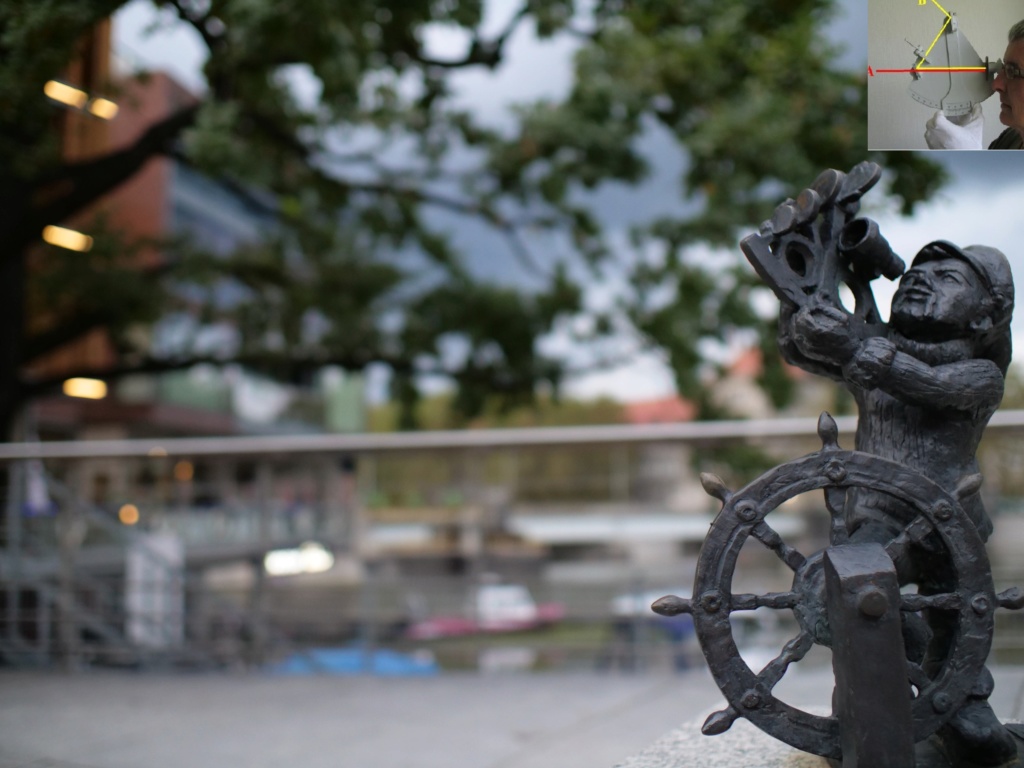 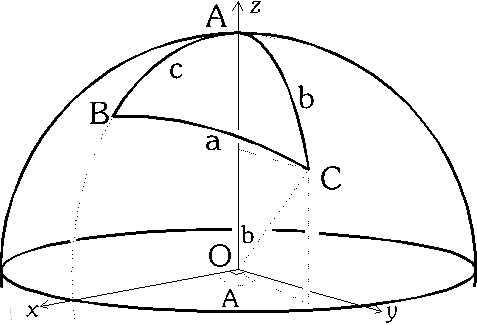 Since I made the unforgivable mistake of mentioning exactly who owns 96% of the world's banking and media, YouTube has banned the full version of this important video for "hate-speech." In this abridged re-upload I have removed the offending content, but request everyone please see the original full video still available here:

Alternately, you can also read the original article in its entirety on my website: https://ericdubay.wordpress.com/2018/07/11/operation-spread-flat-earth-truth/

Where and when will we be able to watch eric "operation:spread flat earth truth".

This is unbelievable. I removed all the "offending" content and YouTube has just removed it again for "hate-speech!" Where is the "hate-speech" in that edited version? Where!? I'm disgusted by YouTube's blatant targeted censorship against truth speakers.

How ridiculous. That was a very clean video. Slowly and surely YouTube is feeding themselves into fire, trying to control their users content but ultimately failing.

I sent a link of that very video to my family and it was taken down before they could see it.
But it did make them curious why YouTube would take a FE vid down so fast (almost as if they had something to suppress and hide...)