NASA and modern astronomy claim that star-trails in the Southern Hemisphere rotate clockwise, while those in the North rotate counter-clockwise and provide this as proof positive of their spinning ball-Earth. In reality, however, the Earth is an extended flat plane and all the stars and other celestial bodies rotate East to West around Polaris, the only non-moving star in the sky situated perfectly in line directly above the North Pole. The so-called "South Pole" and South Pole star "Sigma Octantis" are both myths - complete fabrications to bolster their ball model. The following video exposes the entire hoax and explains in detail how star-trails work on the flat Earth model, and how they do NOT on the ball. Special thanks to My Perspective, Aaron Dover, David Kay, and all the other flat Earthers who have helped uncover the truth about this key issue.

Yo man great video, could you tell me the best camera to use
to film star trails, see im in Australia and want to film the star trails
made here in the outer hemisplane, im presuming it's just gonna
cruise by east to west,

The reality is that the Earth and Polaris do not move, while everything else in the heavens revolves over Earth and around Polaris East to West like in a planetarium dome.  Our Earth planetarium, however, is so vast that perspective won't allow any observer to see all the stars simultaneously from any one vantage point.  We can see Polaris, Ursa Major/Minor and other Northern constellations from every point North of the equator simultaneously, but conversely cannot see the so-called South Pole Star - Sigma Octantis, the Southern Cross or other outer constellations simultaneously from every point South of the equator, because they all sweep over a great southern arc from their rise in the evening to their setting in the morning.  Facing North, the stars turn counter-clockwise, from right to left, facing South they turn clock-wise, from left to right, facing East they rise in front and set behind, while facing West they rise behind and set in front.  So their apparent motion, angle and inclination changes depending where you are on Earth and what direction you are facing, but their actual movement is always East to West. 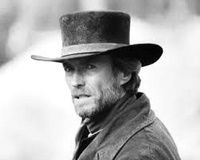 Hello, Eric i do understand almost all the other concepts discussed here but i have still not seen anyone discuss about Seasonal Constellations and how they would work on the Dome model? Why do some stars appear only during certain seasons? Like the Orions Belt . I did not see this in any other video or thread so just Curious . Thanks

Hey Vivek, so called "seasonal constellations" have not changed positions or moved anywhere, they are simply not visible during certain times because they are close to and being blocked out by the Sun. Sidereal time vs. Solar time being 4 minutes divergent causes the slow cycle, and whichever constellations are near the Sun during that time will be invisible due to being whited out by the Sun's light. Constellations like Ursa Major and Minor can be seen all year round from the North Hemisphere because they are close to the Pole where the Sun never reaches. "Seasonal" Constellations are positioned closer to the Tropics where the Sun's path is and can be blocked by it. Peace

Hey thanks !! I just wanted to make sure i have complete facts before i debate with anyone about this. Thanks for the info i will research further on this