The following pics are from an old painting at the British Tate.
It is a portrait of William Style of Langley 1630
This is some info about him from Wiki
Style was the eldest son of William Style of Langley, Beckenham, Kent (grandson of Sir Humphrey Style, Esquire of the Body to Henry VIII), by his second wife, Mary, daughter of Sir Robert Clarke, was born in 1603. He matriculated at Oxford, from Queen's College, on 12 June 1618, and resided for a time at Brasenose College, but left the university without a degree.[2]

Style was admitted in November 1618 a student at the Inner Temple, where he was called to the bar in 1628. After the death without issue (1659) of his half-brother, Sir Humphrey Style, 1st Baronet, he resided on the ancestral estate of Langley. He died on 7 December 1679, and was buried in Langley church.[2]

In the painting....which while in London I did post a link on the forum.......you will see Style pointing his stick at a small ball earth on the chequered floor.
The chequered floor in Masonic symbolism represents the lowest level of consciousness. This is why police often have the chequered band around their head. This is a type spell. It binds their crown chakra.
The first pic here is the inside of the Masonic Mother lodge in London
_________________
All about Shillaphobia

Here is the painting from the British Tate............once again clues in plain sight? 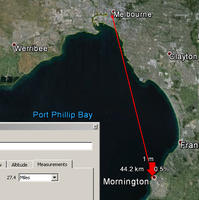 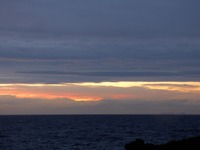 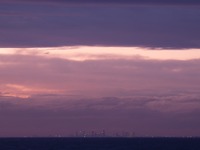 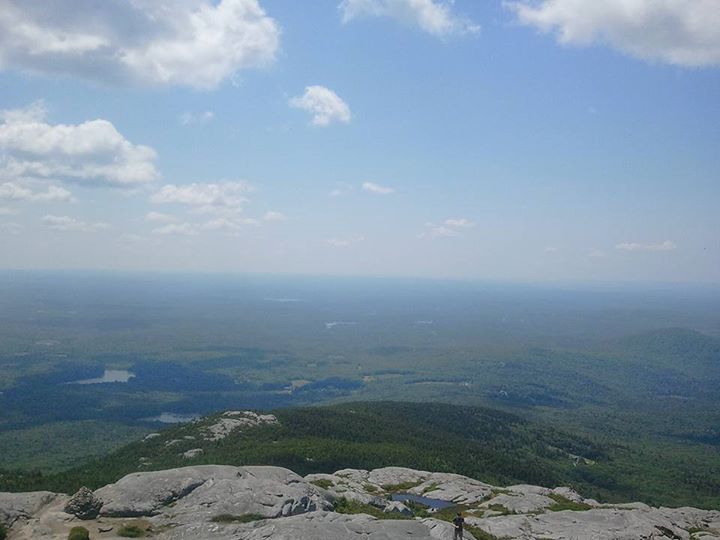 Look at that horizon line; it's flat as hell. The clouds look like they're sitting on glass, all the way out. The funny thing is, there's a hot air balloon festival going on three towns east of there, and you could see all of the balloons - no matter how far in distance they were from you - perfectly above the plane. I'm uploading my video from today tomorrow morning, and I've got shots going up in altitude, and that horizon is eye level the entire time

Posted by Jimmy on 07/12/2015
gnosticwarrior, nice pic! Sounds like an enjoyable hike to the top!

I noticed your horizon line is slanted at a very slight angle, so I straightened it up with the ruler tool in photoshop and also darkened the levels so the horizon is unmistakably identifiable. I just wanted to do this so there is no doubt whatsoever.

I did a side by side comparison and the right side image has some perfectly horizontal photoshop guidelines drawn on the horizon and a color overlay just for emphasis. Check it out... Looks flatter than a female gymnast!

Posted by jimmytamp on 07/13/2015
From my recent flight over Europe on enroute from Manchester...I could only see flat horizon...

Posted by questionauthority on 07/18/2015
My wife sent me this pic today while on Orange Beach in Alabama USA looking out over the Gulf of Mexico.

I used the grid on my iPhone edit screen to check it out. Looks pretty flat to me. 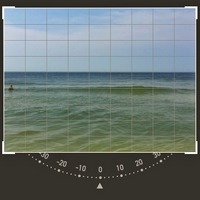 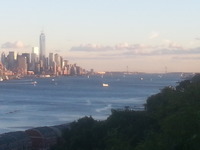 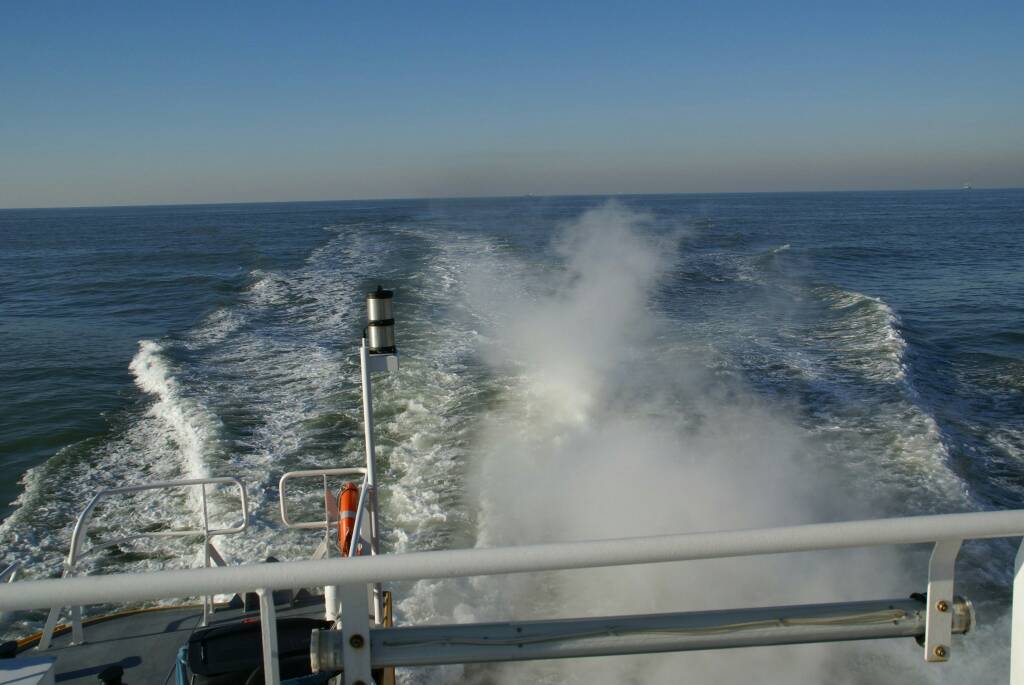 This is the link from the owner of the picture

You see multiple ships on the horizon and no curve

Greetz from the flatlands.


Ps.this link is to a site of a person who makes professional photo's of mother nature's systems 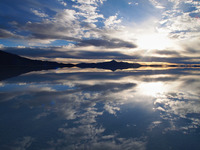 This is a picture of The Olgas rock formation in Central Australia standing at 546 m height. Picture taken form another rock formation, Ayers Rock aka Uluru which stands at 348 m height. The distance between the two formations is about 50 kms.

I am not good with figures. Perhaps somebody else can work it out. But it seems to me it should not be visible at that distance, at least not totally.

And the elevation profile from "Google Bullshit Earth" from drawing a line from either side of the aforementioned points:

The elevation graph shows it all.

Essentially there should be 73 meters of curvature between these two points - but as you can see from the elevation profile, it's almost flat between (except for a slight slope) - there is no curvature! So while it should be visible, you would also notice the curvature in the photo if the earth truly were a globe.

What I find more interesting in your photo, are these: 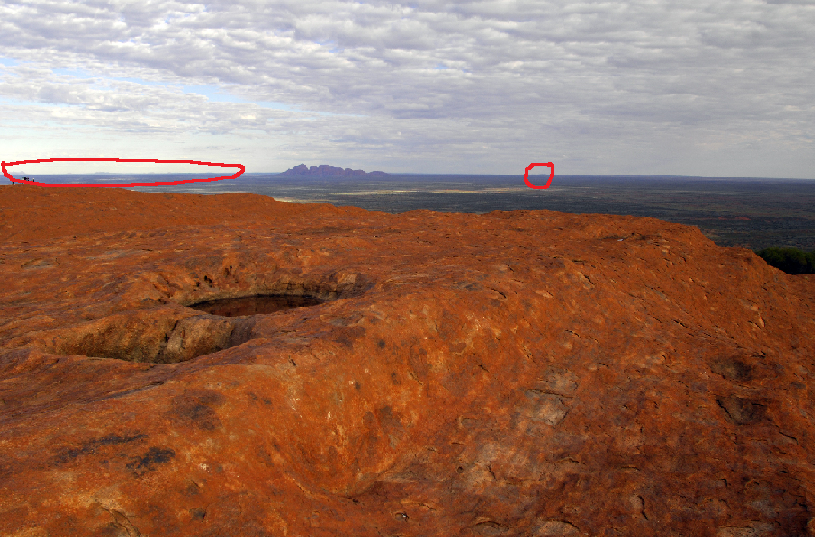 These are mountains/hills much further away, and doing some rough math in my head, I'd hazard to guess the "horizon" should be no further than 80-90KM from this height. Do you have a higher resolution photo you can upload?

EDIT: In fact, I think the mountain on the right is Mount Carruthers - if so, that's 150KM+ away - should not be visible 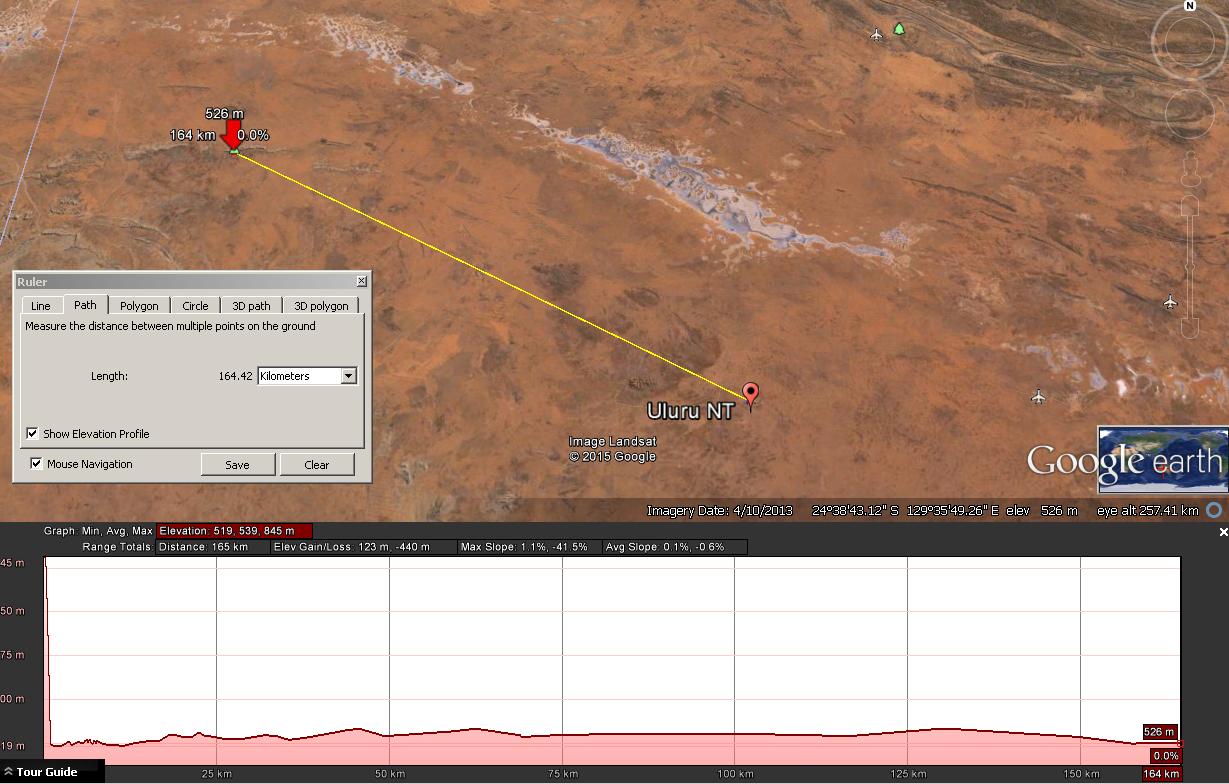 There really is no curvature here, so at a distance of 150KM+ there should be nothing on the horizon as it's ALL lower in elevation, if the horizon was at ~80-90KM (from ~830m elevation).

EDIT3: As an additional confirmation, I used Google Earth to scan to the right of the Olgas from your view point for any mountains or hills that should be visible from your perspective up to 200KM+ away. None, zilch. If the earth were a globe, the horizon behind the Olgas should be a "straight" line with nothing visible beyond it.
_________________
All about Shillaphobia

Thanks for your brilliant explanation.

Another thing: the distance from Perth in Western Australia to Adelaide in South Australia is about 2500km, almost half of which is across the Nullarbor Plain which is traversed by a railroad line and the Eyre Highway. As far as I know the Nullarbor is as flat as can be. There ought to be some interesting long-distance photos. I'll scour the net and see what comes up
_________________
All about Shillaphobia

Posted by Bernard on 08/12/2015
Just to get started here are some photos of the Nullarbor Plain. Click pics to enlarge. 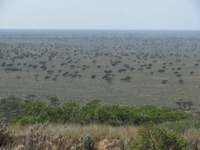 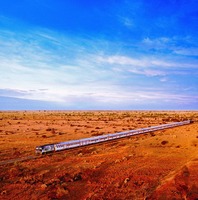 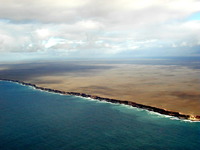 Great stuff, as you can see, Google Earth shows it's pretty flat too: 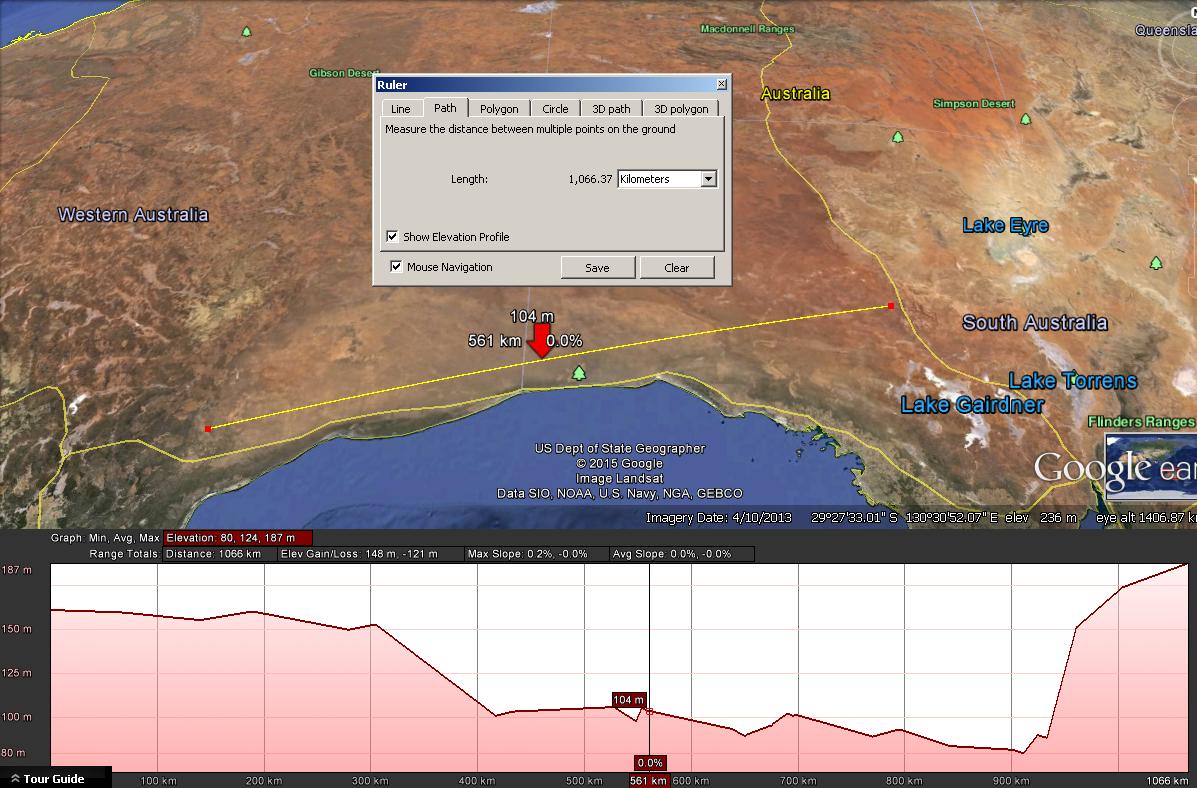 The graph doesn't really do it justice, over ONE THOUSAND kilometers... you have an average slope of 0%, a max slope of 0.2%... with elevation gain of 148m.. and elevation loss of 121m. No curvature 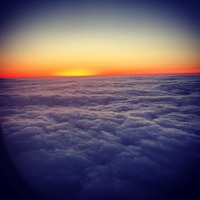 Posted by Jimmy on 08/12/2015
Same sunset image as above... straightened out the horizon line with a ruler and added guidelines and overlays all the way across the horizon so trushillacy won't whine about it... 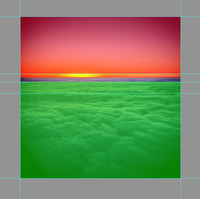 Posted by defrank on 08/12/2015
The island of MALLORCA from BARCELONA, they called it: "refractiooon" 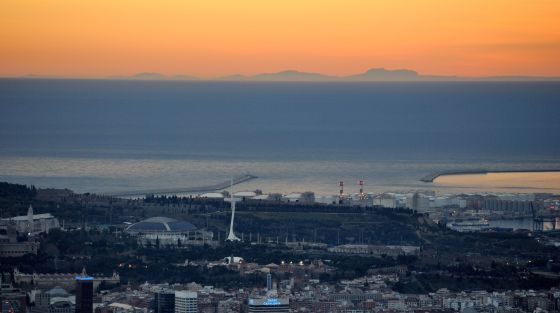 the distance btwn Palma de Mallorca and BCN on a straight line is 206km, correct me if i´m wrong 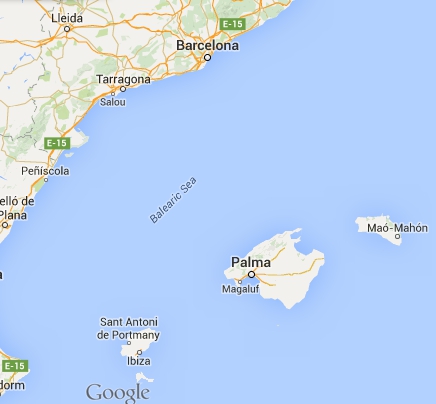 IBIZA from MALLORCA, which is over 100km

the sun, MALLORCA from Montserrat in Catalonia: 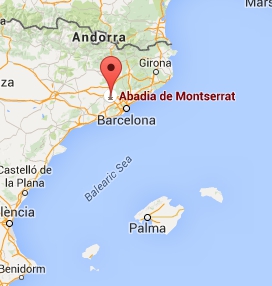 Also, if that is the Moon below and in front of the Sun, why is the shadow incorrect for the lit portion?
It's completely wrong for what it should be. Works in the German's Gegenshein/Countershine moon occlusion model, and the plane earth just fine however.


I've been asking why no one seems to question why the 'shadow' on the moon does not move throughout the day/night according to the movement of the sun, the line across the moon is sometimes perfectly straight, other times curved, and never changes and is never goes all dark at any point, like it should when the sun is opposite the earth every night in the Heliocentric model. At some point in the 24 hour day the earth would block the moon from somewhere on the 'ball' and the shadow on the moon should never be stationary, with all this spinning and orbiting going on.


Like in this picture above, as the sun goes down, the 'shadow' should be perpendicular to the light source, and rise higher up the moon from the bottom to the top as the sun moves lower.
Neither is ever observed happening.
_________________
All about Shillaphobia