WANA wrote:Has anybody seen the meme where half of the image/montage is our nightmare world of Monsanto and riot police etc? The other half of the image is the healthy,clean happy world that we are creating as the Flat Earth truth gains ground.
I'd like to borrow this image to use in a realistic synopsis of how life could be when the old paradigms of Globe Earth are shattered once and for all and the truth of Flat Earth is known by all.

Is this what you were looking for? If not, I did a simple image search on google and "david dees" has made a bunch more (unfortunately not related to flat earth) pictures similar to this. Good luck shattering people's illusions!

Shattered...Wow! You found the exact image I was looking for.
Thank you. This was used as a flat earth meme by someone for obvious reasons. The idea of a happy healthy family on the right, in harmony with nature is not some kind of outlandish concept. Showing people the truth of flat earth and finally having this most important truth known to all people alive is the key to bringing the horrible reality(that is very real for many people) portrayed on the left to its conclusion. 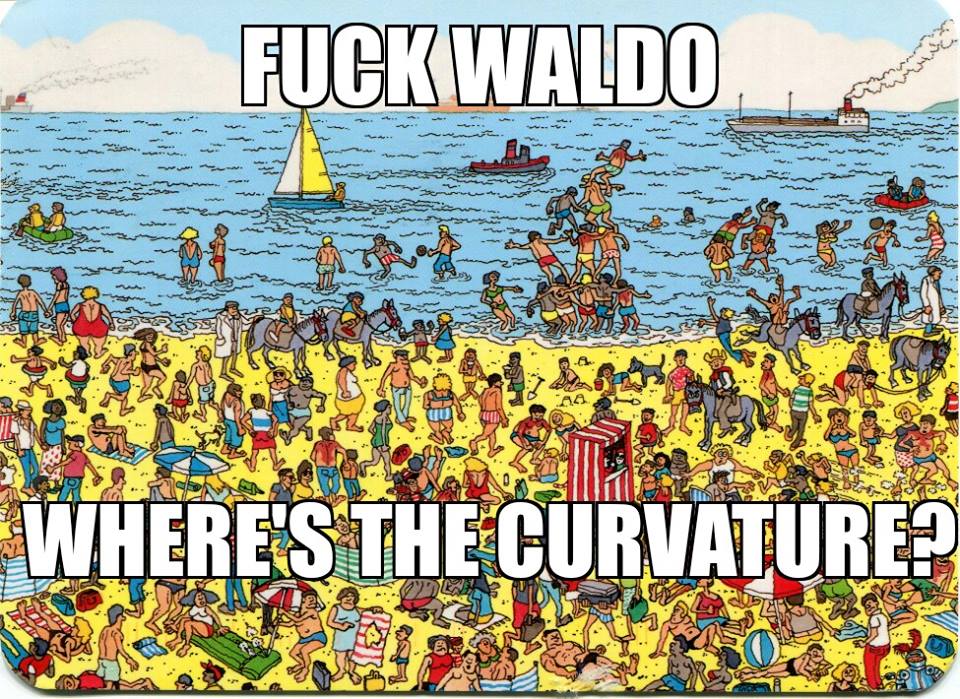 Did laugh! Had some inspiration.. 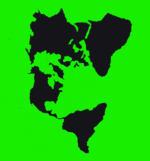 I know this isn't a meme per say, but it is a video meme of globe mentality.


No actual monkeys were harmed in this production. 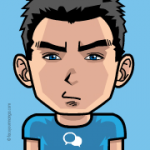 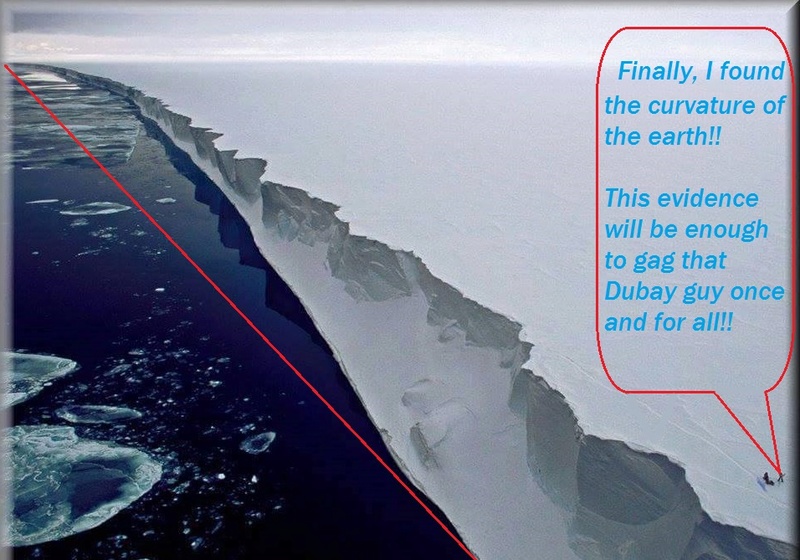 They do have one thing in common though, they are both shite actors :-)

Wait a sec, didn't Nye get that as an "honorary" degree? When I was young, he was on kids shows, and The Science Guy was one of his personas. Ask yourself, why would a mechanical engineer, have to do low budget tv shows for kids? The persona has 0 qualifications. Honorary degrees are given out for doing charitable work.....

I love the "expanding brain" meme so I made one of my own. 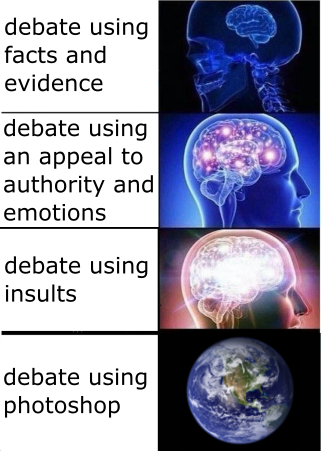 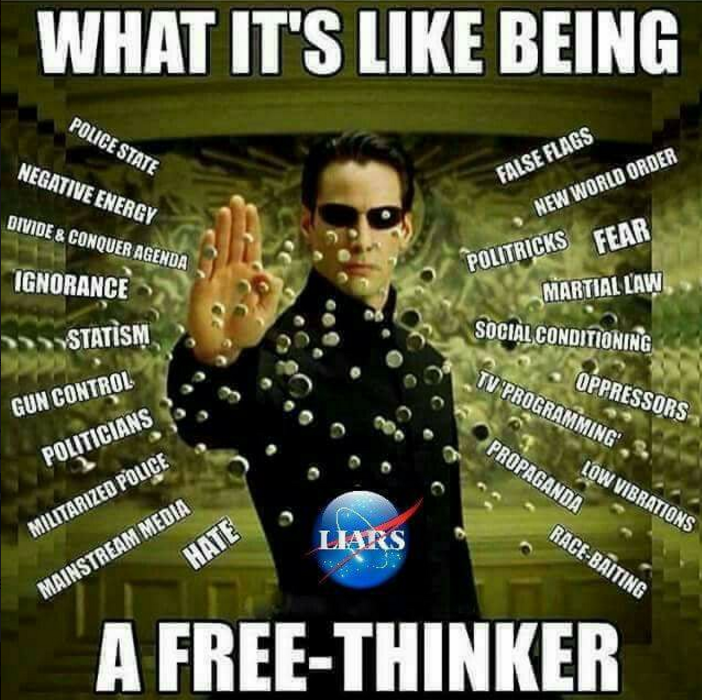 This is my first post here on IFERS, even though I've been registered for about a month or two now and I didn't know where else to post about this on the site. So, I figured this would be a good spot for it. I was on Youtube a few minutes ago reading an exchange of comments on a thread between a flat Earther and a couple of globe Earthers. One of the globe Earthers made me think about something when I read his comment that I haven't yet seen anyone on the Geocentric side use as an arguement in opposition to Heliocentrism. I've copied and pasted that comment of his below and my reply to it. What do you guys think? Is it worthy of memes and being used as an argument against Heliocentric deceit? If so, I'd love to see people out there use and meme it.

Globe Earth Youtube User VELOZITY ZERO: "your someone who wont understand this until you go to space yourself. As in stubborn. And yea as the first guy said it seems you cant comprehend much, the government had to be lying to you, billions of people in the world have to be too blind to see your 'correct' side, and we dont have any footage of stars exploding, or the big bang, that why we use CGI, it takes light years for images of stars to get her, the big bang was billlllions of years ago, and we have to predict if star will explode based of of 40+ year old telescopes in space. Use science and logic not doubt."

Flat Earth Youtube User LENNY CASH (me) reply: "in regard to your third to last comment above, you don't have any real space footage of anything, period. Because outer space is make believe. You know, I just had a bit of an epiphany while reading your aforementioned comment... If the light of the stars, according to heliocentrism, is delayed in reaching us taking billions of so-called "light years" to come into our view here on Earth, then shouldn't their light in the night's sky look trail-like to the naked eye seeing as they are constantly in motion? Like the way they look in long time exposure photographs that capture star trails. Ahhh, yes, it feels good to be able to think critically, logically and outside of the brainwash box. I think I'll go ahead and start spreading that around now. So, that my fellow flat Earthers can have even more ammunition in the fight against the massive deception that is heliocentrism. I haven't seen anyone bring that up in my few years of flat Earth research as of yet. So, thanks for inadvertently strengthening our cause, Velozity Zero! :-D"

LenioQB wrote:
I was on Youtube
[reading] comments between a flat Earther and a couple of globe Earthers

One of the globe Earthers made me think
I haven't seen the Geocentric side use [this] argument in opposition to Heliocentrism
Is it worthy of memes and being used as an argument against Heliocentric deceit?

This is the typical prayer of the Heliocentric Priest who is involved with the State Sponsored Religion called Scientism:

LenioQB wrote:
Globe Earth Meme by VELOZITY ZERO
"you wont understand
go to space yourself
you cant comprehend
the government had to be lying to you
billions of people too blind to see
we dont have any footage
we use CGI
it takes light years for images to get here
the big bang was billions of years ago
we have to predict if stars will explode
based on 40+ year old telescopes in space
Use science and logic not doubt."

I would recommend not playing the fake space game, you'll just get into Light Years worth of Spaceball bullshit; keep its simple stupid.

​NASA stole trillions,
through the invention of Space,
using Freemasons to put on the show,
they drew you a ball but you didn't know,
the﻿ real CGI pictures proves who's in control. 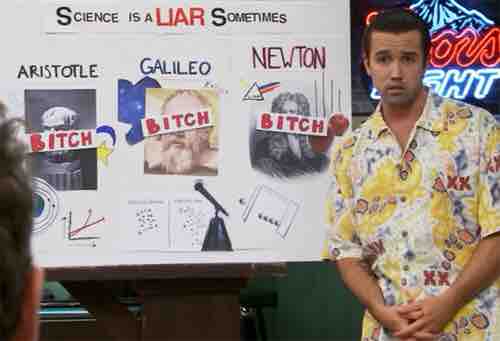 Love this show,.. this episode has new meaning now!

Annyonny wrote:No offense but some of these memes are pretty stale. But that's okay. I'm just saying. I'm surprised there's so few, too.

Are any pictures allowed here as long as they relate to flat Earth in some way, and include a caption, maybe? Or only pictures that are literal memes in the strictest sense? I have plenty more I could add if the first option is allowed. 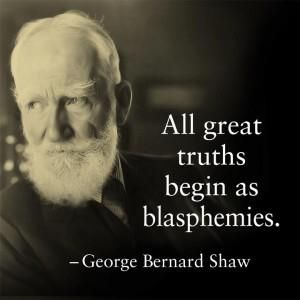 This one sucks, I know. But I made it myself over the course of a thousand hours in MS Paint. Feel free to offer an improved version. 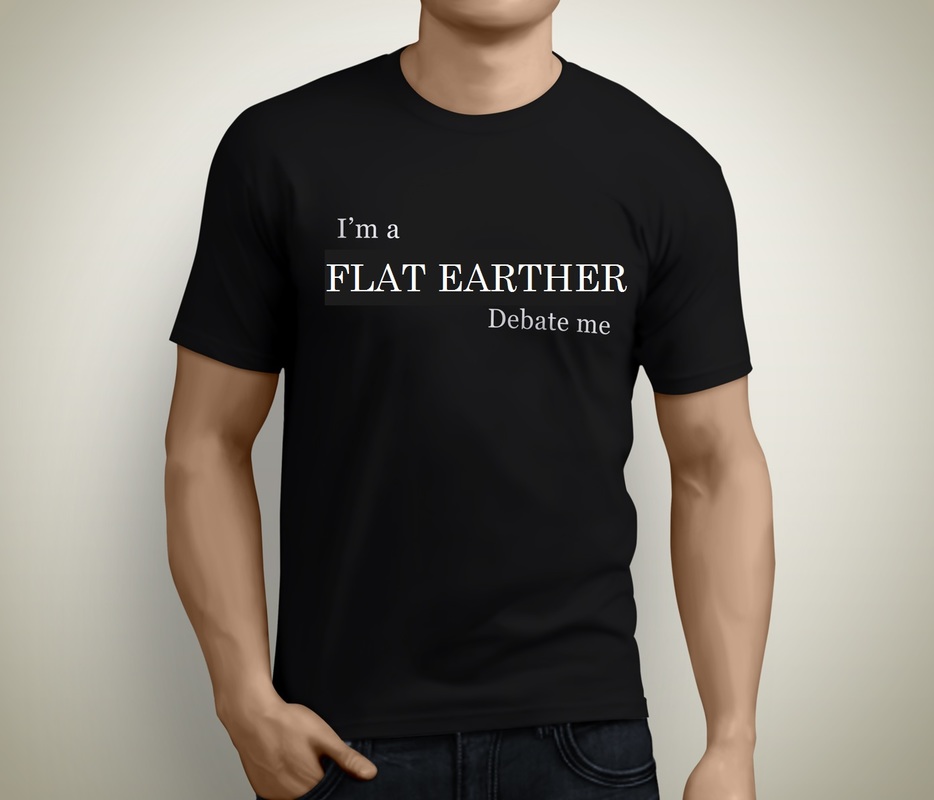 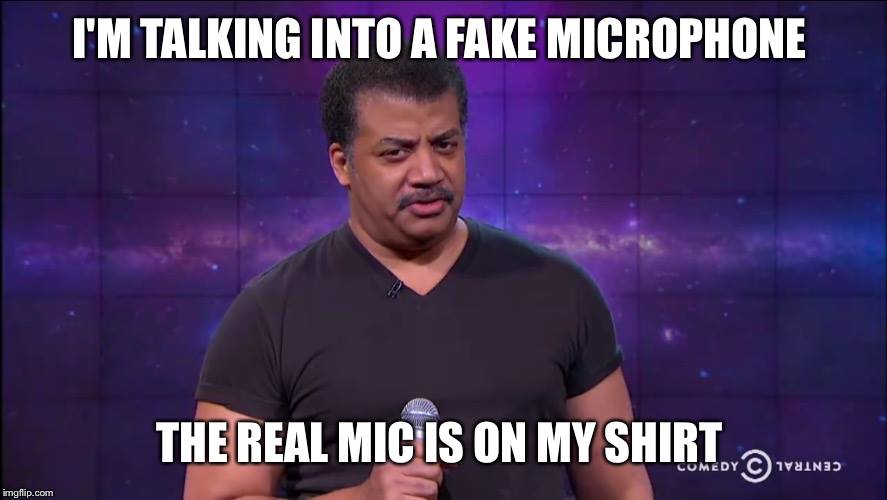 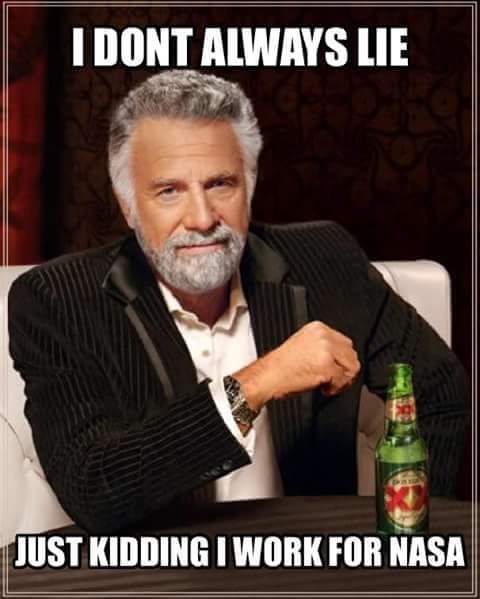 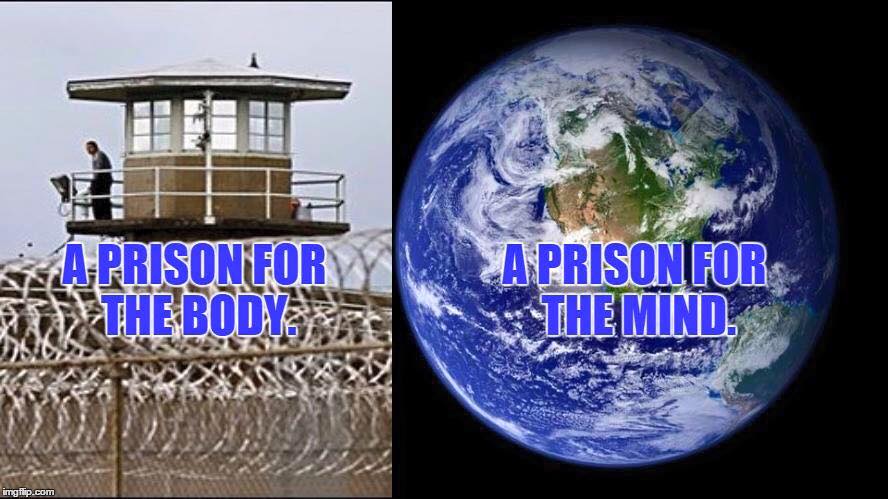 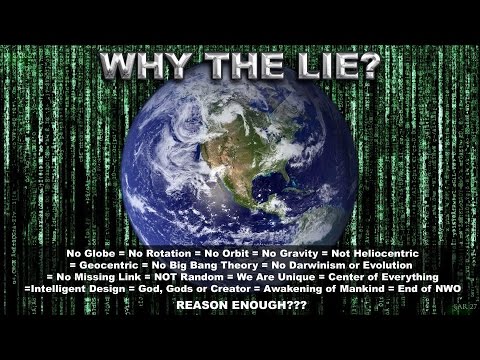 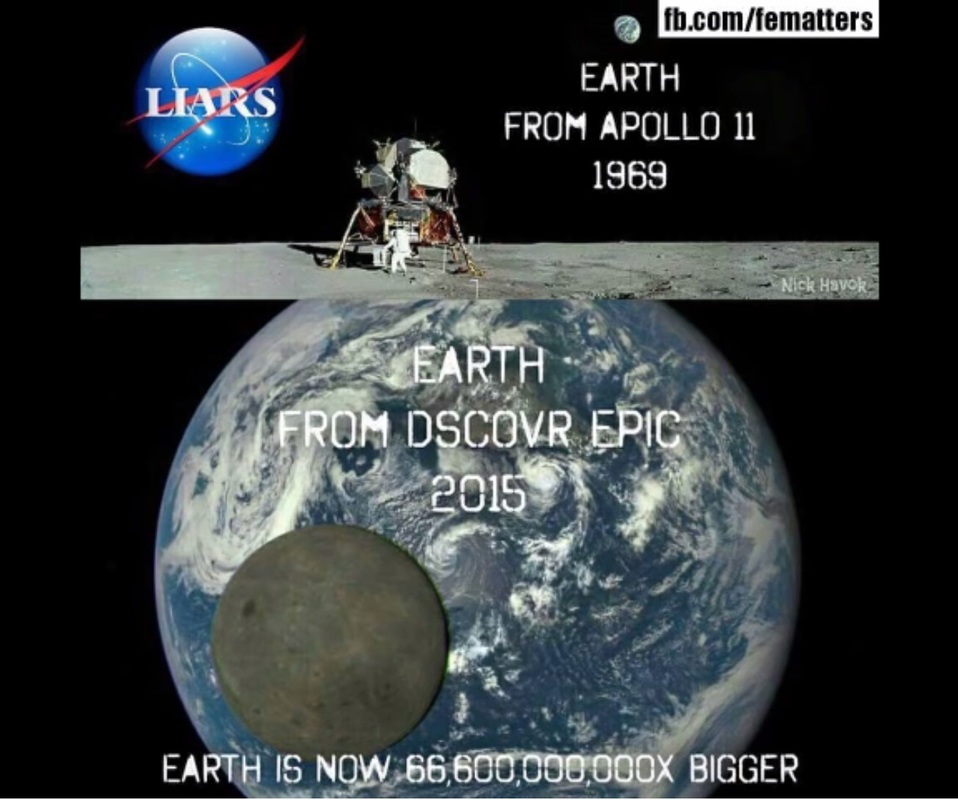 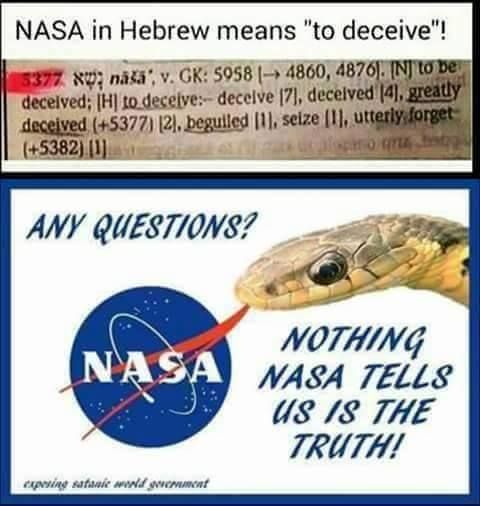 i was told this image is possible due to the roughly 25,000 mile difference between moons close orbit and furthest orbit,.. the belief in lies is so ingrained in the mass of sheeptards. 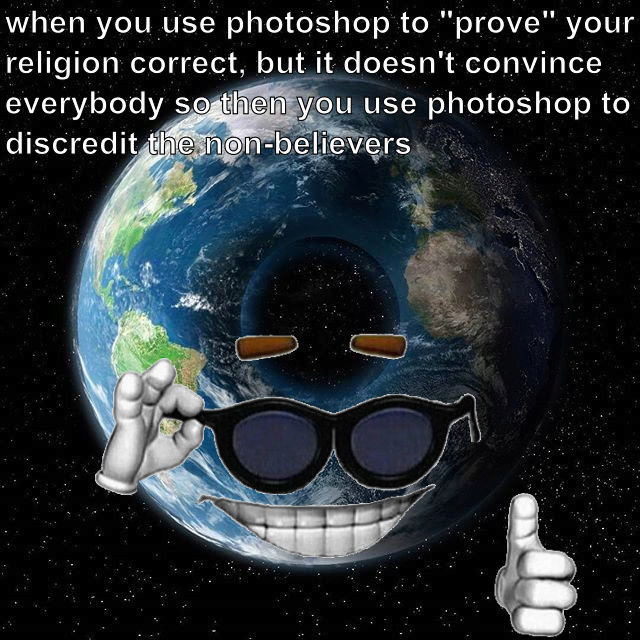 Fresh meme coming through. If anyone has an idea for a meme but doesn't know how to use image editing software, I know some basics and would be glad to help. 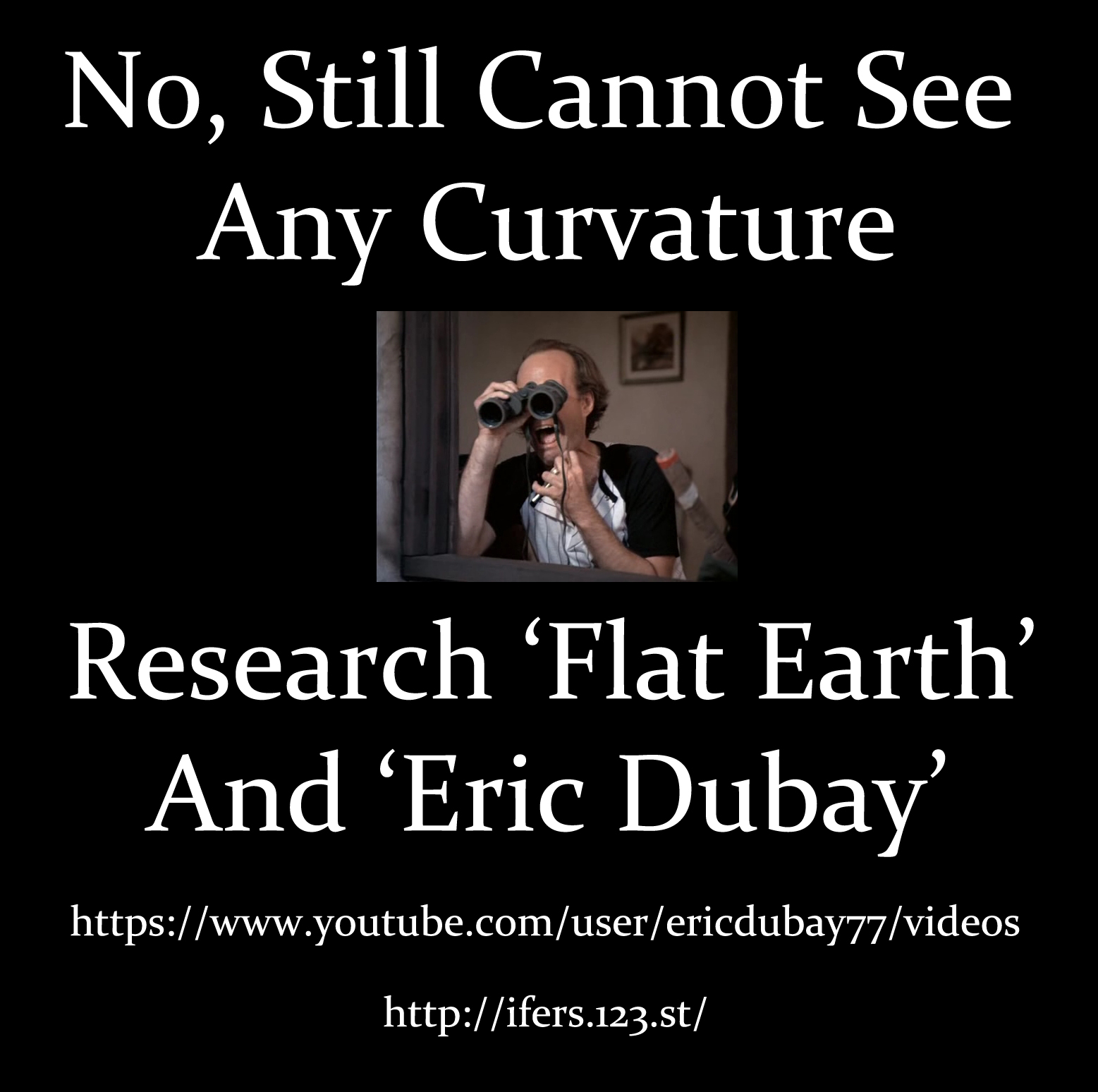 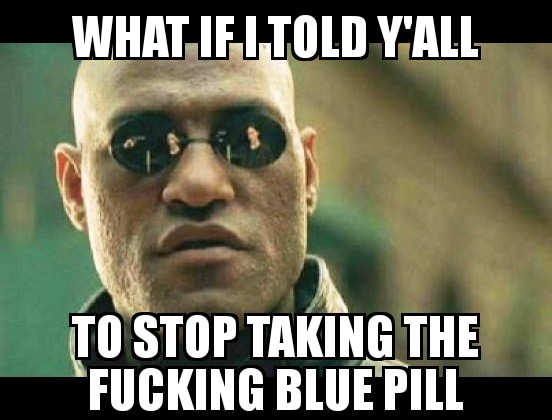 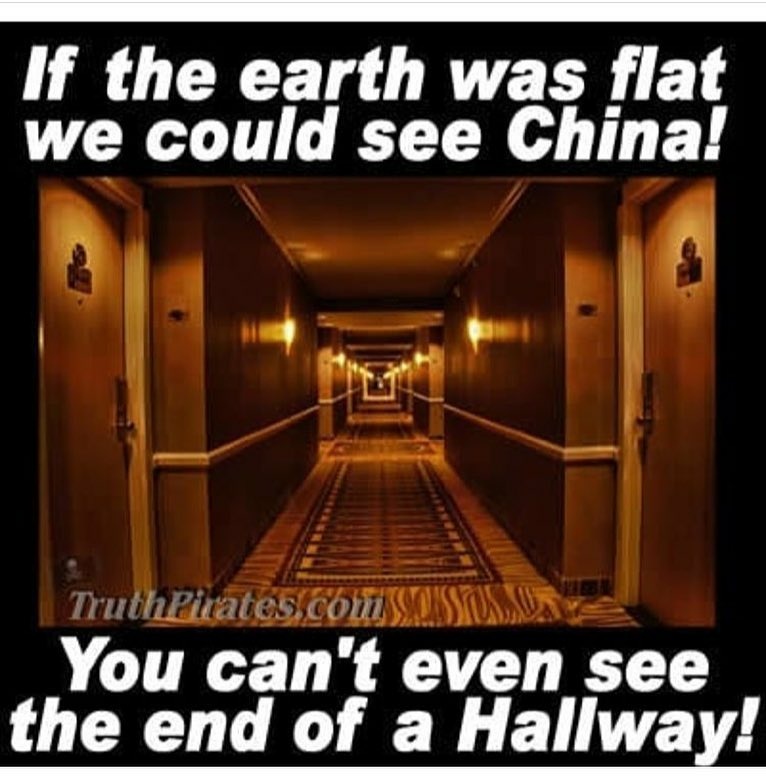 I'm a certified commercial diver. I know what diving is, looks and feels like. 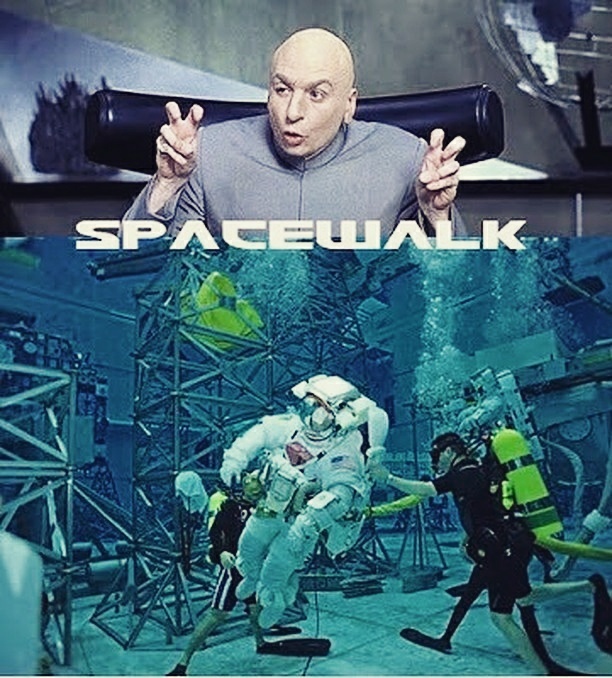 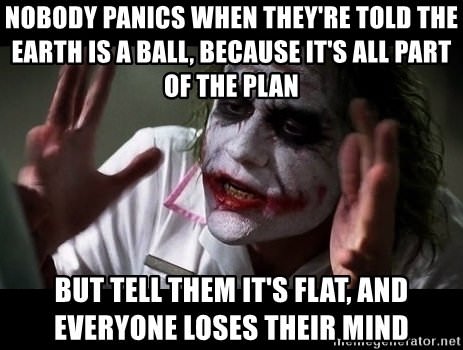 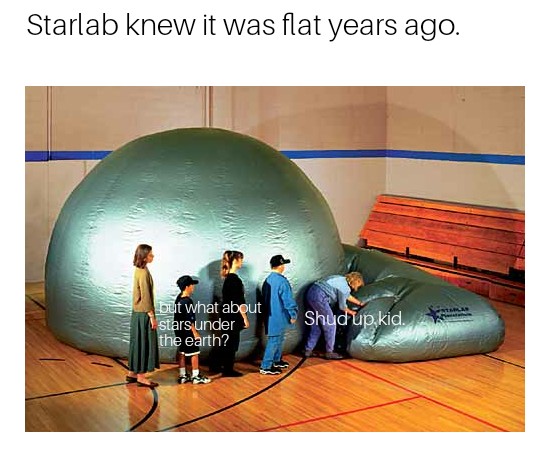 This isn't a meme but an actual cross section of the earth's ocean and topography. Anyone else see what they show hidden in "plain" sight?